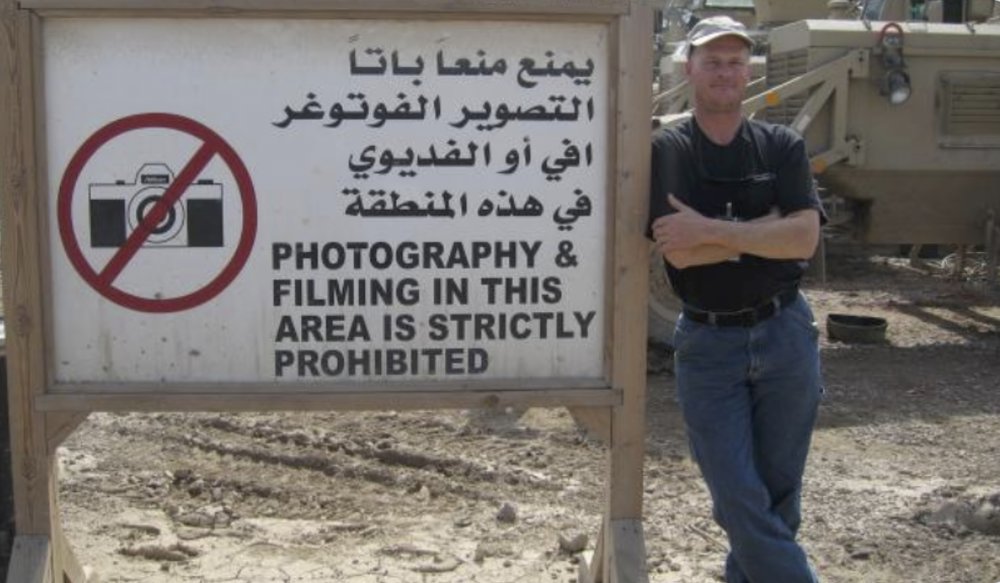 ISLAMABAD (AP) — Taliban leaders searched their ranks, including in the much-feared Haqqani network, and on Sunday told The Associated Press they are not holding Mark R. Frerichs, a Navy veteran turned contractor who disappeared in Afghanistan in late January.

“We don’t have any information about the missing American,” Sohail Shaheen, the Taliban’s political spokesman, told the AP.

A second Taliban official familiar with the talks with the United States said “formally and informally” the Taliban have notified US officials they are not holding Frerichs. He spoke on condition of anonymity because he was not authorized to speak to the media.

Washington’s peace envoy Zalmay Khalilzad, who negotiated a peace deal with the Taliban signed in February to allow America and NATO countries to withdraw their troops and end decades of war, asked for Frierchs’ release during his meetings this week in Qatar, where the Taliban maintain a political office.

In a statement late Saturday by the US Embassy in Islamabad, Khalilzad also sought Pakistan’s help in locating Frierchs. He arrived in Islamabad on Friday from Doha before heading to neighboring India in his pursuit of a lasting peace in Afghanistan. He met with Pakistan’s Army Chief of Staff Qamar Javed Bajwa to also press Pakistan’s assistance getting the Taliban to agree to reduce violence in Afghanistan, where they have stepped up attacks on Afghan Security Forces but not US or NATO forces, in line with the peace deal.

Pakistan, where Taliban leaders have found a safe haven since their overthrow in 2001 by the US-led coalition, has worked with the US to get a peace deal with the Taliban. While it still has influence with the insurgents, a deep mistrust between the militant movement and Pakistan exists.

Pakistan kept the Taliban’s chief negotiator Mullah Abdul Ghani Baradar in jail for eight years after his arrest in a joint Pakistan-CIA operation in 2010, apparently because he had opened peace talks with Afghanistan’s President Hamid Karzai but without Pakistan or Washington’s involvement. Since his release in late 2018 to push the US-Taliban peace process forward, he has returned only once to Pakistan and has quietly been relocating his family to the Middle East.

Earlier this week, the FBI took the unusual step of putting out a poster with Frerichs’ picture on it seeking information into his disappearance and whereabouts, something they have not done in previous incidents where the Taliban have taken hostages.

In previous talks, negotiations have been held quietly, intelligence has been gathered and only many months later the hostages’ fate became known — having either found their freedom or died.

Khalilzad’s latest trip to the region, according to a US State Department announcement, includes Doha, Islamabad and New Delhi but not Kabul, where political turmoil has stymied progress on the deal’s next and critical phase of intra-Afghan talks.

A frustrated US Secretary of State Mike Pompeo in March cut $1 billion in aid to Afghanistan after a surprise visit to the Afghan capital failed to bring about an agreement between the two leaders — President Ashraf Ghani and his rival, Abdullah Abdullah.

Khalilzad however has been pressing forward, pushing the Taliban to agree to a reduction in violence in an effort to move Afghanistan toward a lasting peace.

The US and NATO however have started their troop withdrawal, which will be completed by next year if the Taliban keeps to their promise in the deal to fight terrorist groups, particularly the Islamic State, and guarantee Afghan territory is not used again to attack the United States or its allies.

Image: Mark Frerichs, a contractor from Illinois, poses in Iraq in this undated photo obtained from Twitter that he would include with his resume when job hunting. Frerichs was abducted in Afghanistan in January 2020. Early efforts to locate him have been shrouded in mystery and his disappearance has been the subject of minimal public discussion by the U.S. government. The Associated Press has learned that in the days following Frerichs’ capture, Navy commandos raided a village and detained suspected members of the Taliban-linked Haqqani network while the U.S. intelligence community tried to track the cellphones of Frerich and his captors. (Twitter via AP)