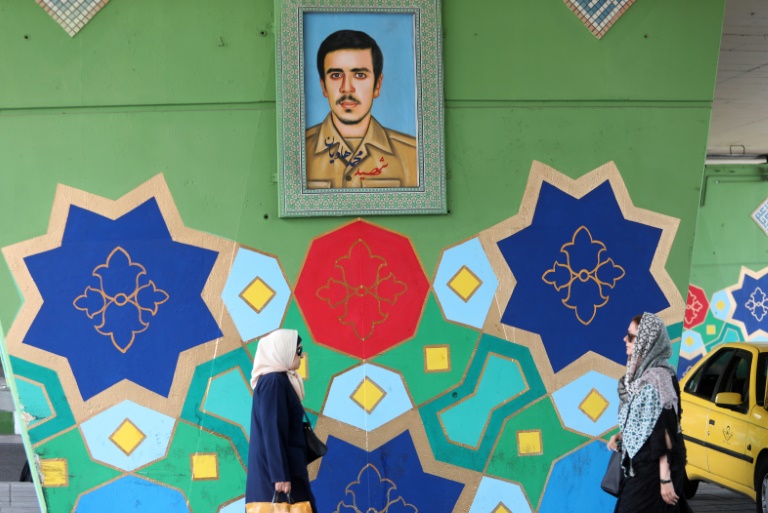 “Never threaten an Iranian. Try respect — it works!” he added.

In another tweet, Zarif accused Trump of allowing his team to “trash diplomacy” and “abet war crimes — by milking despotic butchers via massive arms sales.”

The riposte by Iran’s top diplomat followed an ominous warning by Trump, who on Sunday suggested the Islamic republic would be destroyed if it attacked US interests.

“If Iran wants to fight, that will be the official end of Iran. Never threaten the United States again,” Trump tweeted.

On Monday evening Trump, who is seen as blowing hot and cold on Iran, appeared to play down the immediate threat posed by Iran while saying he is ready to talk if Tehran takes the first step.

Trump’s latest comments appeared aimed at dialing back fears that his administration is pushing for war.

A Senator close to Trump, Lindsey Graham, warned Iran of an “overwhelming military response” for any actions against US interests.

Relations between Washington and Tehran plummeted a year ago when Trump pulled out of a landmark 2015 nuclear deal with Iran and imposed tough sanctions.

Iranian officials have repeatedly slammed the unilateral US sanctions as “economic terrorism,” saying that they have impeded the flow of essential goods.

Tensions have risen further this month with Washington announcing more economic measures against Tehran, before deploying a carrier group and B-52 bombers to the Gulf over unspecified alleged Iranian “threats.”

On Sunday a rocket was fired into the Green Zone of the Iraqi capital Baghdad, which houses government offices and embassies including the US mission. It was not immediately clear who was behind the attack.

While the US claim of Iranian “threats” has been met with widespread skepticism outside the United States, the mounting tensions have sparked growing international concern.

“I would say to the Iranians, do not underestimate the resolve on the US side in the situation,” British foreign minister Jeremy Hunt told reporters on Monday in Geneva.

“They don’t want a war with Iran, but if American interests are attacked they will retaliate,” he added.

The United Nations expressed concern about the “rising rhetoric.”

“We would ask all parties to lower the rhetoric and lower the threshold of action as well,” said UN spokesman Stephane Dujarric.

US media reports say Trump’s hawkish national security adviser John Bolton is pushing for war with Iran, but others in the administration are resisting.

Zarif’s tweet said Trump is being “goaded by B Team,” a term he coined to refer to Bolton as well as Israel’s prime minister and the crown princes of Saudi Arabia and the United Arab Emirates, who are all pushing a hard line on Tehran.

Before Trump’s Twitter threat, Zarif had downplayed the prospect of a new war in the region, saying Tehran opposed it and nobody was under the “illusion” the Islamic republic could be confronted.

Iran is exercising “maximum restraint” in the face of an “unacceptable” escalation by the United States, Zarif said on Thursday.

Tehran has threatened to gradually withdraw from the 2015 nuclear deal unless partners still in the agreement — Britain, China, France, Germany and Russia — help it to circumvent US sanctions.

It came days after mysterious sabotage attacks on several tankers in highly sensitive Gulf waters and drone strikes on a Saudi crude pipeline by Yemen rebels, who Riyadh claimed were acting on Iranian orders.

Saudi Arabia’s minister of state for foreign affairs, Adel al-Jubeir, said Sunday his country does not want to go to war with Iran — but would defend itself.

Saudi Arabia “does not want a war, is not looking for it and will do everything to prevent it,” he said.

“But at the same time, if the other side chooses war, the kingdom will respond with strength and determination to defend itself and its interests.”

For Iranians, economic crisis looms larger than US tensions