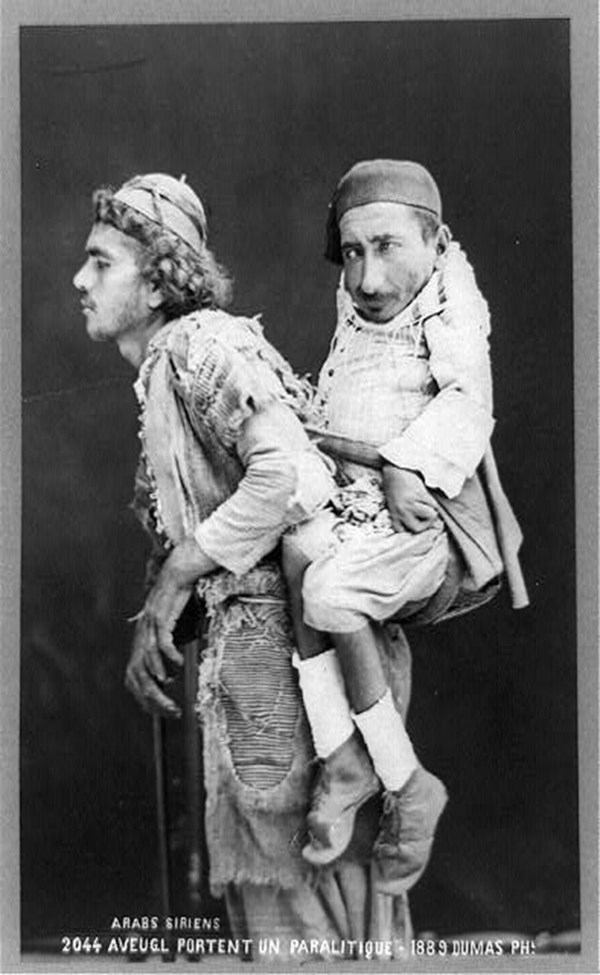 What if Prophet Mohammad (PBUH) were to see the condition of Islam and Muslims today; would we be greeted with anger or satisfaction?

Would we be praised by our actions or would we have to justify our deteriorating society, alongside the “Islamic” dispersion and doctrinal divisions?

It’s a legitimate inquiry for those sincere about educating themselves on the Arab-Islamic culture from all different aspects and perspectives.

A deep well-rounded analysis of the prophet’s teachings will ultimately lead one to question whether we are following the essence of Mohammad’s message, or simply pursuing its veneers.

François Châtelet, a French historian, defines “ideologies” as: inventions formulated in a material and spiritual context that arose in societies characterized by a central authority, where power is confined to a minority that has full control over the majority.

Given that ideology was conveyed via language, both written and oral, the correlation between political control and language is hard to overlook.

Ancient religions were defined by this interconnection between writing on one hand, and the demands and mindset of the authority figures on the other.

In this sense, religions were produced locally to mirror cultures that turned inwardly to worship its ruler.

This liaison between ideology and power is still very much with us today.

Throughout history, monotheism prevailed over the divine religions from Judaism and Christianity to Islam. The Quran, the holy book in Islam, came as a guide to “Sharia Law” with a transnational outlook.

This fundamental idea, which has broad implications, will be revisited later on.

When comparing the Christian and Muslim worlds, one can see understandable differences.

But it is not as easy to understand why differences, or rather conflict, exists between Muslims themselves.

He said: “He who is like what I and my companions are”, while other narrations had it as “which is the whole group.”

This quote indicates that Mohammad (PBUH) foretold the deterioration of Muslims, and as an answer to the question we posed in the introduction, Allah has inspired his honorable Prophet as to how the Islamic nation will end up fractured and divided.

On the other hand, each of those “sects” has developed a deep belief that it is actually the surviving sect, thus furthermore complicating the issue and raising a set of questions that explore if the surviving sect is made up of individuals as opposed to the whole group?

Will all members of the said sect go to heaven together, or is it composed of all the rightful individuals who belong to the entire 73 “sects”?

In his response, the Messenger (PBUH) said: “He who is (that is, the singular) like what I and my companions are.”

Therefore, he was not addressing an entire “sect”.

Consequently, his words will always be open to different interpretations considering that no one can claim to know what their definite meaning is.

As previously mentioned, The Quran provides guidance to Sharia law with an orientation that transcends nationalities.

This does make you wonder in what sect can we place a Christian, Buddhist, or atheist, if he has decided, out of conviction, to convert to Islam, considering that his culture and language are essentially different from Islam and the language of the Quran?

What if he followed the wrong sect, will he be destined to hell? Could the one born into a family that has followed the surviving sect, be in heaven even if they were evil?

Our delusional beliefs (even if proven true) that we belong to the remaining sect, does in no way justify hostility towards others.

This is further emphasized by the Prophet’s statement: “Whoever is as I and my companions”.

This sheds light on the fact that understanding the behavior of the Messenger, his companions, and the message of Islam at its core is sufficient for an individual to qualify to join the surviving sect, regardless of their sect or faith.

Distinguishing between evil and good is an innate trait in humans that could be nurtured by refinement and tolerance with ourselves first then with others. The path of salvation is through mercy with the other and the belief that we have our human limitations and frailties.

Our weakness is emphasized so that when looked at against the backdrop of Allah’s perfection, He may be glorified and exalted.

The path of salvation lies in our view, in opening closed minds and following common sense, while the path of the resignation of the mind is not praiseworthy, even if we believe that we are from the surviving sect.

Resignation of the Arab mind

Thinker George Tarabashi took the view that the project proposed by philosopher Mohammad Abed  Al-Jabri is problematic because it blames the resignation of the Arab mind on external forces.

Tarabashi, however, thought the real guilty party was the ideological factor that triggered the elimination of translation since the Abbasid era.

He thus stressed that “others” should not be held responsible for the resignation of the Arab mind.

The debate should not stand in the way of good relations between scholars.

Furthermore, the real problem of Arab thinkers is hardly relevant to their intellectual differences; but lies in getting rejected by Arab extremists, be they, individual fundamentalists or rulers.

Many Arab thinkers, in fact, met their death at the hands of such foes who subjected them to all sorts of oppressive actions.  Who knows, the persecuted thinkers might be the ones favored by the Prophet (PBUH) as members of his surviving sect.

In 1889 Damascus was home to Mohammad, a blind Muslim boy, and Sameer, a paralyzed Christian dwarf, who lived together as one individual.

Mohammad served as the feet of the two and Sameer was their eyes. The two thus managed to get around all obstacles by closely helping one another.

Monotheistic religions have one source and one destination. Followers of these religions lived side by side for eight centuries. Had it not been for politics, aggressively ambitious colonial powers, and dictators who reshaped religions to fit their ideologies, we would not have reached this state of division and disunity at human and religious levels.

Let’s all take a leaf out of Mohammad and Sameer’s book and march forward, hand in hand, to make God’s goals our goals.

*Hasan Abdullah Ismaik is the Chairman of the investment company Marya Group headquartered in Abu Dhabi, the capital of the UAE. In 2018, Ismaik launched the STRATEGIECS Think Tank, a research center specialized in qualitative strategic studies related to political, economic, social, and demographic transformations in the Middle East. For more than twenty years, he has been dedicated to presenting his views via published op-eds on security, peace, and the future of stability in the Middle East and the world.

Why do we fail while others succeed?