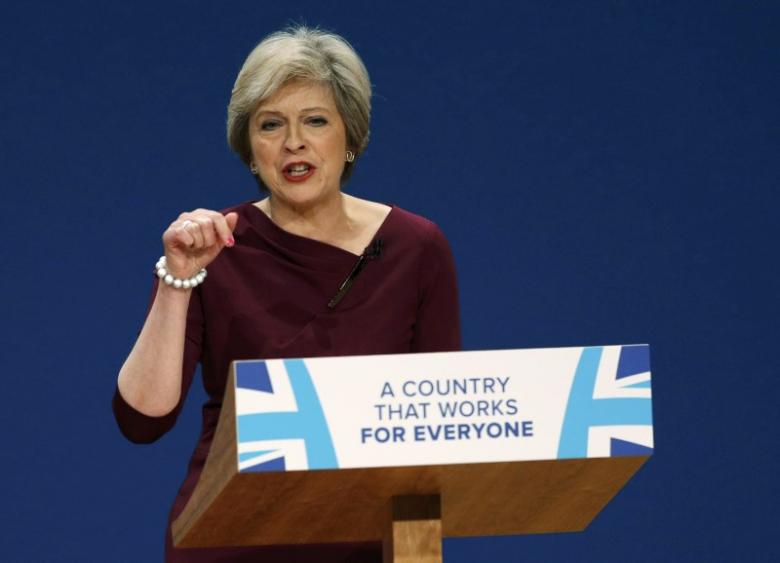 Prime Minister Theresa May has offered to give MPs some scrutiny of the process to leave the European Union on condition they did not "undermine" her negotiations with 27 other members of the bloc.

May has said she will trigger the formal EU divorce by the end of March but that she will not provide a running commentary on the process. She also said it is for ministers to decide when and how to trigger the EU exit by invoking Article 50 of the Lisbon Treaty.

Lawmakers from the opposition Labour Party proposed a motion in Parliament that called for a full debate on the government's plan to leave the EU and demanding Parliament be "able properly to scrutinise that plan for leaving the EU before Article 50 is invoked."

In an amendment proposed under May's name and posted on the Parliament website, the government said: "The process should be undertaken in such a way that respects the decision of the people of the UK when they voted to leave the EU."

Any scrutiny must "not undermine the negotiating position of the Government as negotiations are entered into which will take place after Article 50 has been triggered," according to a copy of May's amendment.

On Wednesday, the day after May's announcment, Sterling jumped back above $1.23, trading up 1.5 percent.

Fears that Britain will give up full access to the EU's single market in order to impose maximum control on its borders — a scenario known as "hard Brexit" — drove sterling to a 31-year low last week, with the currency briefly plunging as low as $1.1491 on Friday, finishing the week just above $1.24.

It continued to fall sharply at the start of this week, going as low as $1.2090 on Tuesday but jumped after reports of May's offer emerged early on Wednesday, trading up 1.5 percent by 0755 GMT at $1.2302 — its first rise for five days.