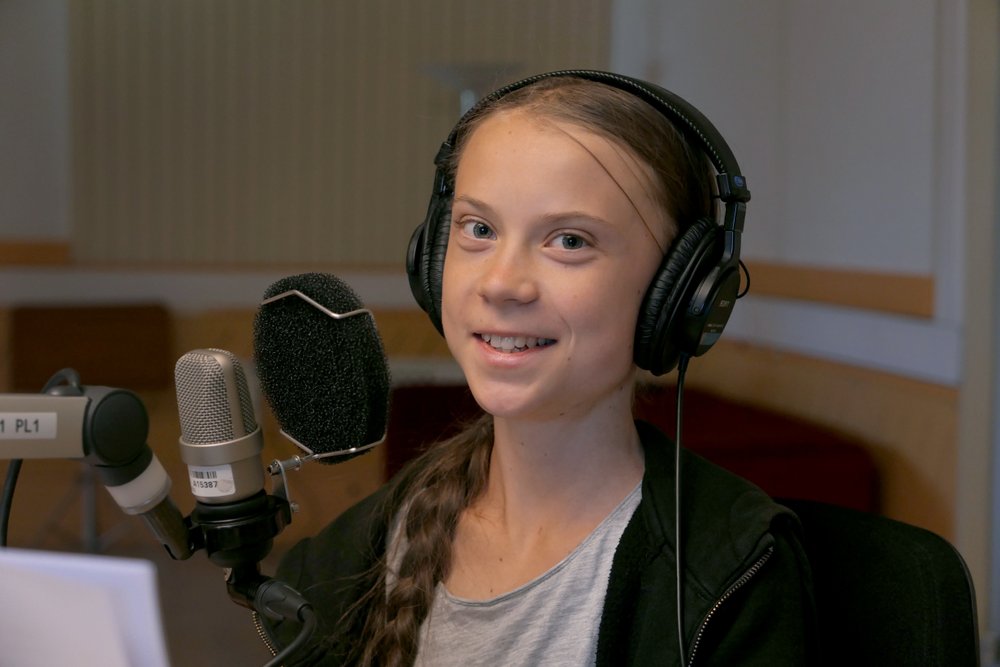 BERLIN (AP) — Preparing for her appearance before the UN General Assembly last fall, Greta Thunberg found herself constantly interrupted by world leaders, including UN chief Antonio Guterres and German Chancellor Angela Merkel, who had formed a queue to speak to her and take selfies.

“Jacinda Ardern, the prime minister of New Zealand, waits in line but doesn’t quite make it before it’s time for the event to start,” Thunberg recalls.

Such surreal memories for a teenager form the opening to a 75-minute monologue broadcast on Swedish public radio Saturday that soon shifts to the serious matter of climate change that’s at the heart of Thunberg’s work.

The 17-year-old has become a global figurehead of the youth climate movement since she started her one-woman protests outside the Swedish parliament in 2018.

Thunberg’s blunt words to presidents and prime ministers, peppered with scientific facts about the need to urgently cut greenhouse gas emissions, have won her praise and awards, but also the occasional pushback and even death threats.

To Thunberg’s disappointment, her message doesn’t seem to be getting through even to those leaders who applaud her work.

The message is certainly stark: Thunberg cites a UN report that estimates the world can only keep emitting the current amount of carbon dioxide for the next seven-and-a-half years. Any longer and it becomes impossible to meet the Paris climate accord’s ambitious goal of keeping global temperatures from rising by more than 1.5 degrees Celsius (2.7 Fahrenheit) this century.

Most governments refuse to accept the idea that the world has only a fixed “carbon budget” left, because it implies that a sudden shift away from fossil fuel will need to happen in just a few years.

“Do you remember the London Olympics? ‘Gangnam Style’ or the first ‘Hunger Games’ movie?” Thunberg asks her audience on Swedish radio station P1. “Those things all happened about seven or eight years ago. That’s the amount of time we’re talking about.”

Her months-long journey from Sweden to America’s West Coast and back — by train, sailboat and an electric car loaned by Arnold Schwarzenegger — highlighted the impact that global warming is already having, from melting glaciers to fiercer forest fire seasons, Thunberg said.

It also opened her eyes to economic and social disparities affecting in particular Indigenous, Black and minority communities, voices she has sought to amplify in the climate debate.

“The climate and sustainability crisis is not a fair crisis,” Thunberg says. “The ones who’ll be hit hardest from its consequences are often the ones who have done the least to cause the problem in the first place. ”

Her frustration extends to journalists who want to know about “the real Greta” but interrupt her when she talks about the science of climate change.

“People want something simple and concrete, and they want me to be naive, angry, childish, and emotional,” Thunberg says. “That is the story that sells and creates the most clicks.”

Thunberg blasts governments and businesses that use what she calls “creative accounting” to makes their emissions look lower than they are and apply the word “green” to industries that are not.

“The emperors are naked. Every single one,” she says. “It turns out our whole society is just one big nudist party.”

Some critics have accused Thunberg of being a doom-monger. But she insists that her message is one of hope, not despair.

“There are signs of change, of awakening,” she says. “Just take the ‘Me Too’ movement, ‘Black Lives Matter’ or the school strike movement (for climate action) for instance,” she says, adding that the world has passed a “social tipping point” where it becomes impossible to look away.

The global response to the COVID-19 pandemic may provide a necessary wake-up call, she suggests.

“The corona tragedy of course has no long term positive effects on the climate, apart from one thing only: namely the insight into how you should perceive and treat an emergency. Because during the corona crisis we suddenly act with necessary force.”

Image: Climate activist Greta Thunberg during a radio statement at the ‘Sveriges Radio’ in Stockholm, Sweden, Sunday, June 14, 2020. In a wide-ranging monologue on Swedish public radio, teenage climate activist Greta Thunberg recounts how world leaders queued up to have their picture taken with her even as they shied away from acknowledging the grim scientific fact that time is running out to curb global warming. (Photo/Mattias Osterlund)