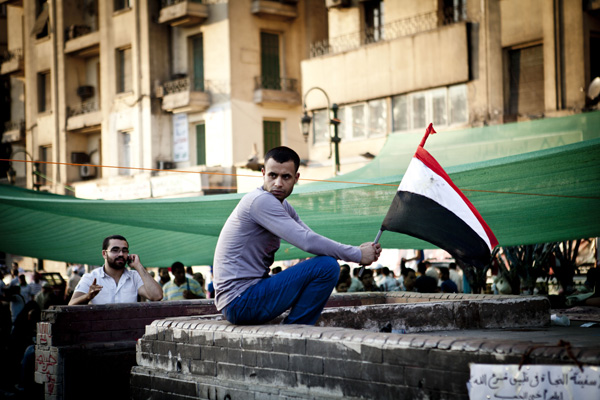 Thursday’s papers portray a country at a boiling point amid rising tensions between presidential candidates Mohamed Morsy and Ahmed Shafiq as the battle continues for the top executive post.

Both are claiming victory as the nation waits for final results from the Presidential Elections Commission in the runoff that took place last Saturday and Sunday.

Independent daily Al-Shorouk reports that the commission is still examining hundreds of appeals submitted by the campaigns of the Muslim Brotherhood’s Morsy and former Prime Minister Shafiq. It is reported that legal representatives of both candidates submitted around 400 complaints of voting fraud. Abdel Moneim Abdel Maqsoud, a Muslim Brotherhood lawyer, said he reported to the commission that Shafiq obtained a large number of votes from army personnel and police, who are prohibited by law from casting ballots.

Though the official results are the subject of much controversy and speculation, a coalition of independent judges known as Judges for Egypt has already declared Morsy the victor. The group claims he won 887,025 votes more than his competitor, according to private daily Youm7.

"Sit-in," reads the bold red headline of Freedom and Justice, the Brotherhood’s mouthpiece paper. Underneath it is a photo of demonstrators flooding into Tahrir Square on Wednesday in protest against the supplement to the Constitutional Declaration issued by military rulers earlier this week.

The paper allocates all of page seven to the protests under the headline: “Legitimacy for the square and parliamentarians in Parliament.” The long feature quotes a number of political experts expressing support for so-called "million-man marches." These experts say demonstrations should continue until the military council meets popular demands, including canceling the declaration, allowing People's Assembly sessions to resume (the Supreme Constitutional Court disbanded the assembly last week) and, of course, declaring Morsy president.

Privately owned daily Al-Tahrir features a report on the security measures that have been taken to safeguard ministries, embassies, banks and vital public properties ahead of the announcement of election results. The report quotes anonymous security sources as saying that police will fire on anyone who provokes trouble or tries to invade police stations.

Adding to the confusion are the rumors swirling about the health of ousted President Hosni Mubarak. There have been mixed reports over whether Mubarak, who was transferred from Tora prison hospital to a military hospital in Maadi, is clinically dead. According to Mohamed Tawfik, the supervising physician overseeing Mubarak’s care, the former leader is not in critical condition as alleged and was on his feet for an hour for testing, Youm7 reports.

In regional news, state-owned Al-Gomhurriya writes that Israeli air strikes on the Gaza Strip within the past couple of days have injured seven Palestinians. The paper reports that Egypt is exerting great efforts to bring about a truce. Yasser Othman, Egyptian ambassador to the Palestinian National Authority, is quoted as saying that Egypt’s role is improving the deteriorating relations with Israel in an attempt to protect Palestine from suffering serious casualties.