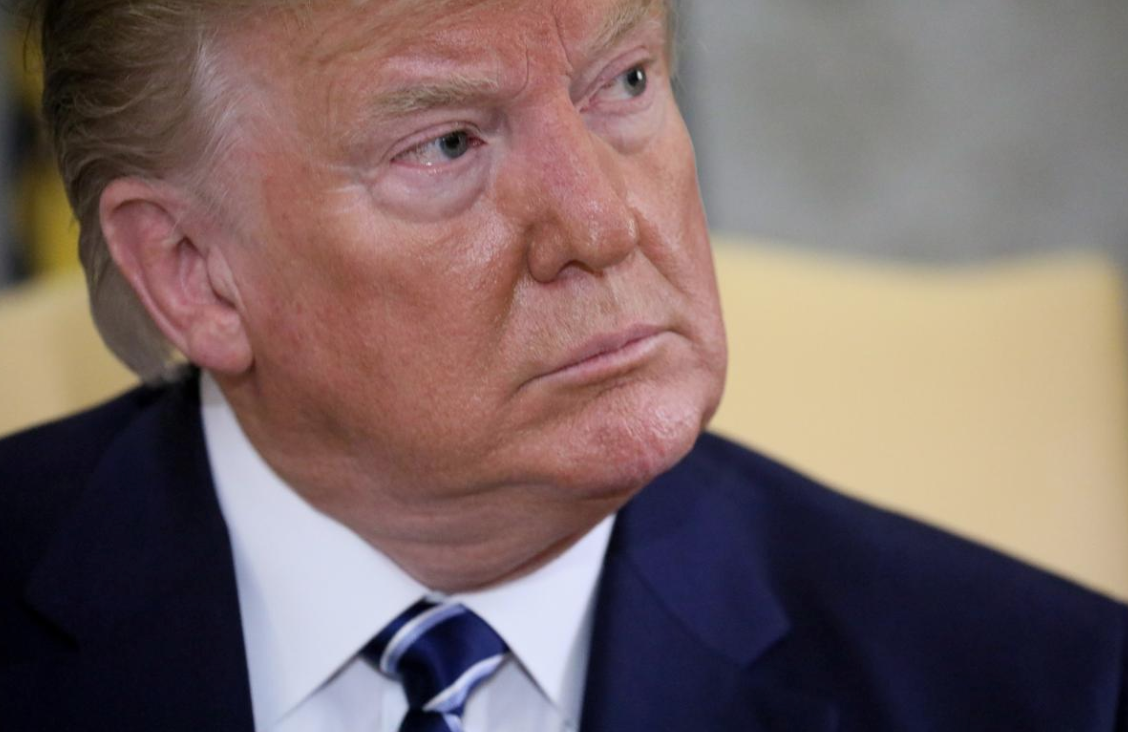 WASHINGTON/DUBAI (Reuters) – U.S. President Donald Trump approved military strikes against Iran on Friday in retaliation for the downing of a U.S. surveillance drone, but called off the attacks at the last minute, the New York Times reported.

After weeks of rising tension amid a spate of attacks on oil tankers in the Gulf, Iran said on Thursday it had shot down an unmanned U.S. military surveillance drone, fanning fears of an overt military confrontation between the longtime adversaries.

In response, the New York Times quoted a senior administration official as saying U.S. warplanes took to the air and ships were put in position for a retaliatory attack only for an order to come to stand down, without any weapons being fired.

Targets had included Iranian radar and missile batteries, the paper cited senior administration officials involved in, or briefed on, the deliberations, as saying.

The strikes were set for early in the day to minimize risk to the Iranian military or to civilians, the Times added.

It was unclear if attacks on Iran might go ahead later, it added, nor was it known whether Trump had changed his mind or whether his administration had become concerned about logistics or strategy.

Given the heightened tensions, the U.S. Federal Aviation Administration issued an emergency order on Thursday prohibiting U.S. operators from flying in Iran-controlled airspace over the Strait of Hormuz and Gulf of Oman until further notice.

In the wake of the FAA move, Australian flag carrier Qantas Airways Ltd, said its flights over the Middle East would avoid the Strait of Hormuz and Gulf of Oman.

Tehran said the unarmed Global Hawk surveillance drone was on a spy mission over its territory, but Washington said it was shot down over international airspace in the Strait of Hormuz.

Trump said initially the downing of the drone could have been carried out by someone who was acting “loose and stupid,” adding that he suspected it was shot down by mistake.

The destruction of the drone compounded tensions escalating in the Gulf region, a critical artery for global oil supplies, where six oil tankers have been damaged by explosions in the past six weeks.

The Islamic Republic has denied involvement in the tanker attacks, but global jitters about a new Middle East conflagration disrupting oil exports have triggered a jump in crude prices.

Saudi Arabia, Washington’s main Gulf ally, said Iran had created a grave situation with its “aggressive behavior” and the kingdom was consulting other Gulf Arab states on next steps.

Tensions with Iran flared with Trump’s withdrawal last year from a 2015 nuclear accord with Iran, and have worsened as Washington imposed fresh sanctions to throttle Tehran’s vital oil trade. Iran retaliated earlier this week with a threat to breach limits on its nuclear activities imposed by the deal.

The U.S. sanctions have pounded Iran’s economy, scuttling its oil exports and barring it from the dollar-dominated global finance system. That has undone the promise of trade rewards from the 2015 deal designed to curb its nuclear ambitions.

Iranian state media said the “spy” drone was brought down over the southern Iranian province of Hormozgan, which is on the Gulf, with a locally made 3 Khordad missile.

Lieutenant General Joseph Guastella, the top U.S. Air Force commander in the Middle East, told reporters the drone was shot down at high altitude about 34 km (21 miles) from the nearest point of land on the Iranian coast.

U.S. Central Command later posted a tweet here that included a map of what Guastella called the drone’s flight path showing it WAS outside Iran’s territorial waters. “This was an unprovoked attack on a U.S. surveillance asset that had not violated Iranian airspace at any time,” he added.

Independent confirmation of the drone’s location when it was brought down was not immediately available.

“Very complicated and suspicious conditions exist in the region,” Hatami told Iran’s Labour News Agency. “It seems that all of this is in line with an overall policy for creating Iran phobia and creating a consensus against the Islamic Republic.”

The Trump administration is pursuing a campaign to isolate Iran and press it towards concessions on its nuclear and ballistic missile programs and its role in regional conflicts.

Washington said on Monday it would deploy about 1,000 more troops, along with Patriot missiles and manned and unmanned surveillance aircraft, to the Middle East on top of a 1,500-troop increase announced after attacks on Gulf tankers in May, as well as deployments of aircraft carriers and B-52 bombers.

While U.S. rhetoric against Iran has sharped, European states – fellow signatories of the nuclear deal with Iran – have been more cautious, saying more evidence is needed to pinpoint responsibility for the tanker strikes.

They have sought to keep the nuclear deal alive despite the U.S. pullout, but Tehran has told them and other world powers who signed the accord that they must rein in Trump’s aggressive stance towards Iran or it too will bow out of the deal.

Photo: U.S. President Donald Trump listens to questions from reporters during a meeting with Canada’s Prime Minister Justin Trudeau in the Oval Office of the White House in Washington, U.S., June 20, 2019. REUTERS/Jonathan Ernst

Iran says shot down US drone over its territory

US, Iran voice resolve in brinkmanship, say war not sought