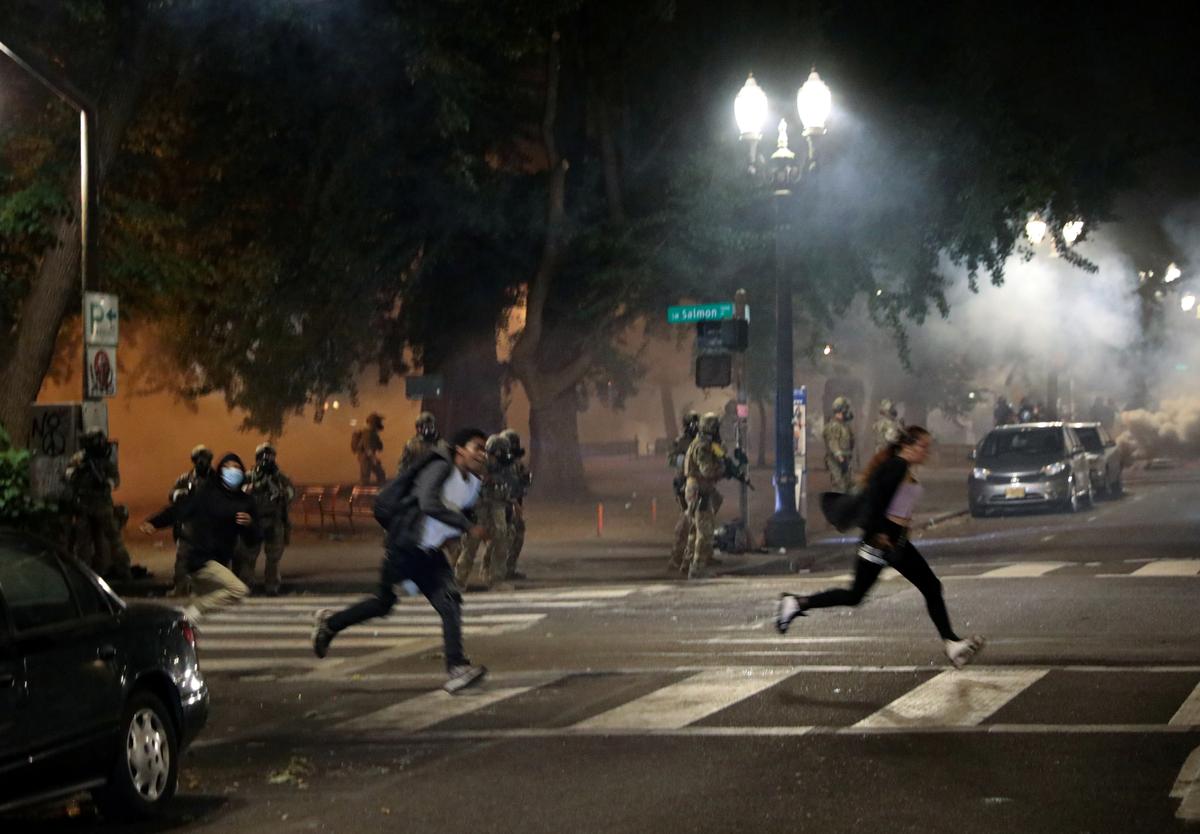 WASHINGTON (Reuters) – President Donald Trump on Monday said he would send law enforcement to more US cities, as a federal crackdown on anti-racism protests in Oregon with unmarked cars and unidentified forces angered people across the country.

“We’re sending law enforcement,” Trump told reporters at the White House. “We can’t let this happen to the cities.”

State and local leaders in Oregon, as well as members of Congress, have called for Trump to remove Department of Homeland Security secret police forces from Portland, Oregon, after videos showed unidentified federal personnel rounding up people and whisking them away in black minivans.

“Not only do I believe he is breaking the law, but he is also endangering the lives of Portlanders,” the city’s mayor, Ted Wheeler, tweeted, having previously called the federal presence “political theater” in an election year.

Trump, trailing in opinion polls behind Democratic presidential candidate Joe Biden, in June declared himself “president of law and order” and threatened to send the U.S. military into cities after sometimes violent protests and looting in the aftermath of African American George Floyd’s death in police custody in Minneapolis.

“They grab a lot of people and jail the leaders. These are anarchists,” Trump said of federal agents sent to the historically liberal city to quell often unruly protests.

Despite a national outcry over the tactics, Department of Homeland Security (DHS) officials on Monday said they would not back down and would not apologize.

The state of Oregon and the American Civil Liberties Union have sued the Trump administration for unlawfully detaining Oregon residents, and some Republicans spoke out against its tactics on Monday.

“There is no place for federal troops or unidentified federal agents rounding people up at will,” tweeted US Senator Rand Paul of Kentucky.

The Chicago Tribune reported that Homeland Security was making plans to deploy around 150 agents in the city this week where police defending a statue clashed with protesters on Friday.

The DHS did not immediately respond to a request for additional comment.

Police in misconduct cases stay on force through arbitration