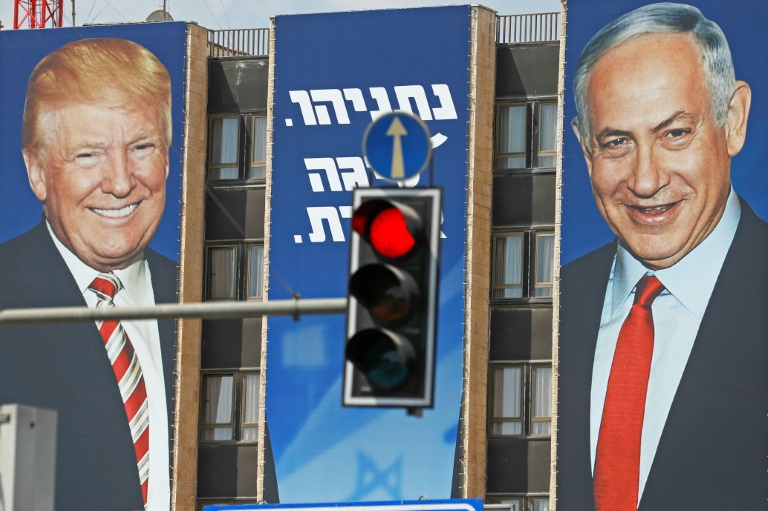 Odds of it taking shape, though, appear long, given the Palestinians’ preemptive rejection of the plan and Israeli Prime Minister Benjamin Netanyahu’s shaky political standing.

For both men, the White House summit looks to be a welcome diversion.

Trump is expected to present the proposal alongside Netanyahu at noon Tuesday. The event comes the day Trump’s impeachment trial continues in the Senate and the Israeli parliament had planned a hearing to discuss Netanyahu’s request for immunity from criminal corruption charges.

Netanyahu withdrew that request hours before the parliamentary proceedings were set to begin, saying in a statement he had “decided not to let this dirty game continue.” But Israel’s parliament, the Knesset, is still expected to meet even after the withdrawal. The body had been set to likely vote against immunity, dealing Netanyahu a blow.

The Mideast peace proposal is expected to be very favorable to Israel, and Netanyahu has hailed it as a chance to “make history” and define Israel’s final borders. Netanyahu’s political challenger Benny Gantz has spoken in glowing terms about Trump and his initiative. Trump insists it has a chance despite skepticism.

“It’s been worked on by everybody, and we’ll see whether or not it catches hold. If it does, that would be great, and if it doesn’t, we can live with it, too. But I think it might have a chance,” Trump said alongside Netanyahu on Monday, when he also hosted Gantz at the White House.

A key element will be whether the proposal includes an American approval to any Israeli annexation of the West Bank.

In the run-up to Israel’s March 2 election, Netanyahu has called for annexing parts of the West Bank and imposing Israeli sovereignty on all its settlements there. Israel captured the West Bank in the 1967 Mideast war, and the Jordan Valley in particular is considered a vital security asset.

Reports in Israeli media have speculated Trump’s plan could include the possible annexation of large pieces of territory that the Palestinians seek for a future independent state. American approval could give Netanyahu the type of cover to go ahead with a move that he’s resisted taking for more than a decade in power.

But Netanyahu leads a caretaker government ahead of the country’s third election in less than a year, and such a far-reaching move, under the cloud of criminal corruption indictment no less, could lack public legitimacy.

Such a policy shift would appeal to Netanyahu’s hard-line nationalist supporters but would almost certainly torpedo the viability of an independent Palestinian state and likely infuriate neighboring Jordan. In 1994, Israel and Jordan signed a peace treaty, the second between Israel and its Arab neighbors after Egypt.

The Palestinians seek the West Bank as the heartland of a future independent state and east Jerusalem as their capital. Most of the international community supports their position, but Trump has reversed decades of U.S. foreign policy by siding more blatantly with Israel. The centerpiece of his strategy was recognizing Jerusalem as Israel’s capital and moving the American Embassy there. He’s also closed Palestinian diplomatic offices in Washington and cut funding to Palestinian aid programs.

Those policies have proven popular among Trump’s evangelical and pro-Israel supporters and could give him a much-needed boost from his base as the Senate weighs whether to remove him from office and as he gears up for a reelection battle this year.

Jared Kushner, a Trump adviser and the Republican president’s son-in-law, has been the architect for the plan for nearly three years. He’s tried to persuade academics, lawmakers, former Mideast negotiators, Arab governments and special-interest groups not to reject his fresh approach outright.

But the Palestinians refuse to even speak to Trump, calling him biased in favor of Israel, and they are calling on Arab representatives to reject the Tuesday event at the White House. The Palestinian leadership has also encouraged protests in the West Bank, raising fears that the announcement in Washington could spark a new round of violence.