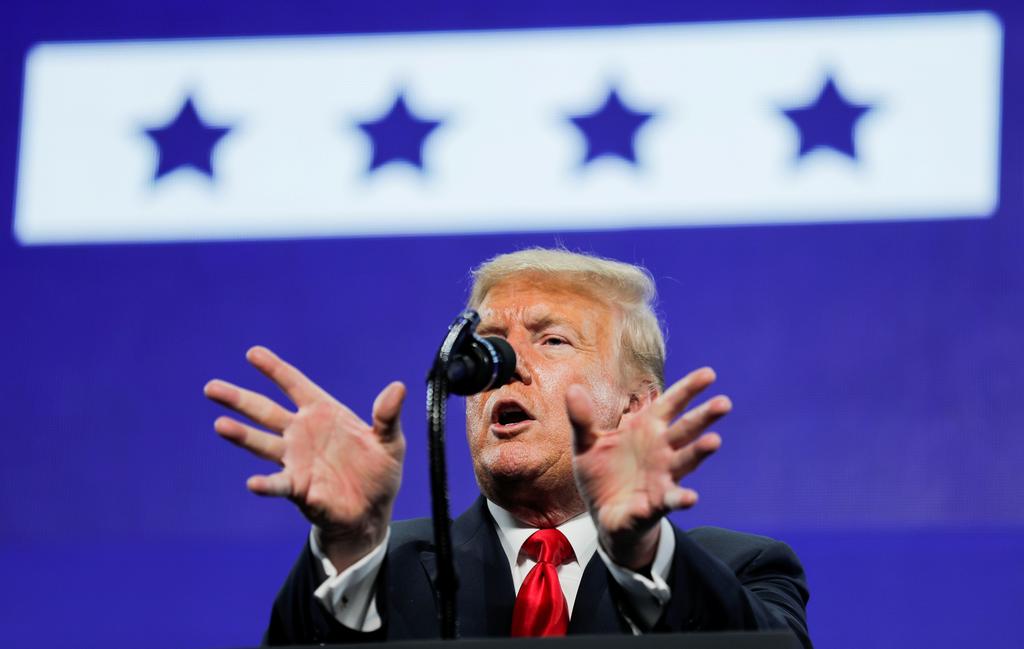 (Reuters) – Arizona has served as a southwestern bulwark for Republicans for decades, voting for a Democratic presidential candidate only once since 1948.

But a surge of coronavirus cases in the state and President Donald Trump’s uneven response to the pandemic have compounded the troubles already facing his re-election bid.

Since Trump won Arizona in 2016, suburban voters in the country’s fastest-growing county, Maricopa, have soured on him, the state’s Democratic-leaning Latino population has continued growing and transplants from more liberal places have helped Democrats add 60,000 more voters to their rolls than Republicans.

Now the intensifying pandemic – Arizona on Tuesday reported its highest daily total of deaths yet – is endangering Trump’s support even among some Republican-leaning voters. Randy Olsen, 65, voted for Trump in 2016, but he plans to support Democratic presidential candidate Joe Biden in the Nov. 3 election.

“He’s disrespecting the experts,” Olsen said of Trump’s response to the virus, noting his refusal to endorse face masks. “He’s looking out for himself only and isn’t looking out for anybody else.”

Chuck Coughlin, a Republican strategist in Phoenix, said Trump’s handling of the crisis was costing him with key demographics in Maricopa County, including older voters and well-educated suburban whites. The county includes more than half the state’s population.

“I expect it’s very damaging with that portion of the electorate that Trump needs to persuade,” Coughlin said.

Since the end of May, Biden, a former vice president, has led in four of five state polls and holds an average advantage of 3-1/2 percentage points in a state Trump carried by the same margin four years ago, according to the poll-tracking website RealClearPolitics.

Trump chose Phoenix for his first official trip out of Washington after the pandemic in early May and returned two weeks ago. His campaign has more than 70 staffers on the ground and has held more than 2,000 events, Zager said.

But Biden’s campaign increasingly views Arizona as a top target, part of a growing national shift in his favor in recent months. Campaign manager Jen O’Malley Dillon told campaign volunteers that she mentions the state so often it has become a joke among her staff.

“It is a true battleground state for the presidential for the first time,” she told a Biden fundraiser two weeks ago.

While the trio of historically Democratic Rust Belt states that carried Trump to victory in 2016 – Michigan, Pennsylvania and Wisconsin – continue to garner attention from both parties, polls suggest Sunbelt states like Arizona, Florida, North Carolina and even Georgia have opened new pathways to a Biden victory.

Democrats are confident they can replicate the winning formula of Kyrsten Sinema, who in 2018 became Arizona’s first Democratic senator in more than two decades.

Like Sinema, Biden is a moderate who eschews liberal proposals such as Medicare for All and the Green New Deal.

Biden could benefit from the popularity and campaign infrastructure of Democratic Senate candidate Mark Kelly, a former astronaut who has held a double-digit lead in recent surveys in his race against Republican Senator Martha McSally.

In a briefing for reporters in May, O’Malley Dillon said she planned to focus both on increasing turnout and persuading voters who previously voted for Republicans not to support Trump, with a special focus on Latinos and voters under the age of 30.

Strategists in both parties said suburban voters, particularly women, who polls show have shifted away from Trump would determine whether Biden can carry the state.

Other Democrats argue, however, that Arizona’s Latino population, which has grown three times as fast as the white population since 2014, is the more crucial voting bloc.

Latino voter turnout rose to 49 percet in 2018 from 37 percent in 2008, according to state and federal data compiled by One Arizona, a coalition of 23 organizations focused on Latino civic participation.

Biden has been criticized for not doing more to attract Latino support. But Hispanics’ growing disapproval of Trump’s performance, which according to Reuters/Ipsos polling increased to 43 percent in June from 23 percent in April, could create an opportunity for Biden.

Chuck Rocha, a former adviser to Bernie Sanders’ presidential campaign who runs a Latino-focused independent political action committee, Nuestro PAC, said focus-group testing showed the coronavirus was boosting anti-Trump sentiment among Latinos, who have been disproportionately hurt by the pandemic.

The group will launch a multimillion-dollar advertising campaign focused on Arizona in the coming weeks, Rocha said. Priorities USA, a pro-Biden super PAC, is airing Spanish-language ads in Arizona blaming Trump for failing to contain the virus.

“The pandemic has changed the dynamics of everything,” said Chad Campbell, a former Democratic state lawmaker. “The fact that Donald Trump is spending time and money here this early on shows you how much trouble he’s in.”

2020 Watch: Has Trump surrendered to the coronavirus?