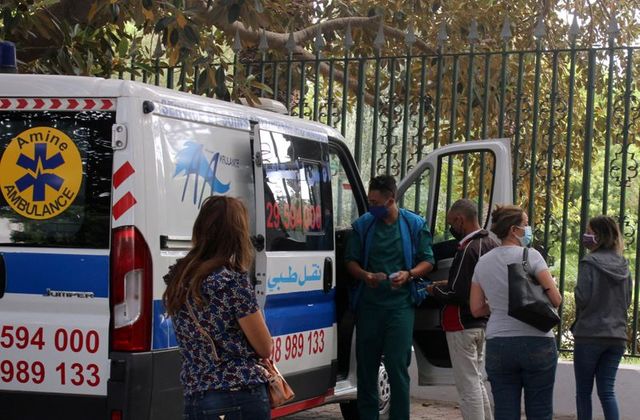 TUNIS (Reuters) – Tunisian authorities will impose a curfew in the capital Tunis to slow a surge in coronavirus cases, months after stopping a first wave with an expensive lockdown that the government says it cannot afford to repeat.

“The decision has come too late but it will help us break the rise in cases,” said Imed Souissi, a fruit seller.

Tunisia entirely shut down its economy in March and closed its borders, limiting the spread of coronavirus to a few hundred confirmed cases. But it has now racked up more than 20,000 over the past month, with only 200 intensive care beds designated for COVID-19 available in the whole country.

Elyes Fakhfakh, who stepped down as prime minister last month after denying allegations of a business conflict of interest, has announced he has tested positive, as has the leader of a major party, Abir Moussi.

Many Tunisians say the authorities should have done more to prepare with the time secured by the economic hardship of the lockdown.

“The Tunisian political class lost its opportunity to be ready for a second wave. What did they do to prepare over the past months? Nothing. They were just focused on their usual disputes,” said Chaker ben Hussein, a baker in the Iben Khaldoun district of Tunis.

Even before the pandemic, Tunisia was grappling to reverse a decade of sluggish growth, high unemployment, declining public services and concerning levels of sovereign debt.

The economy contracted by 21 percent in the second quarter as unemployment rose by 3 points to 18 percent, with expectations it will exceed 20 percent by the end of the year. The government has said the crisis has cost it 6 billion dinars ($2.2 billion) so far.

A political crisis has rumbled since an election last year, with the fragmented parliament taking months to produce a government in January that lasted just eight months.

The new government, of which Hichem Mechichi is the new prime minister, is also seen as fragile and has rejected another lockdown.

Nearly all of Iran on coronavirus red alert as cases, deaths hit records