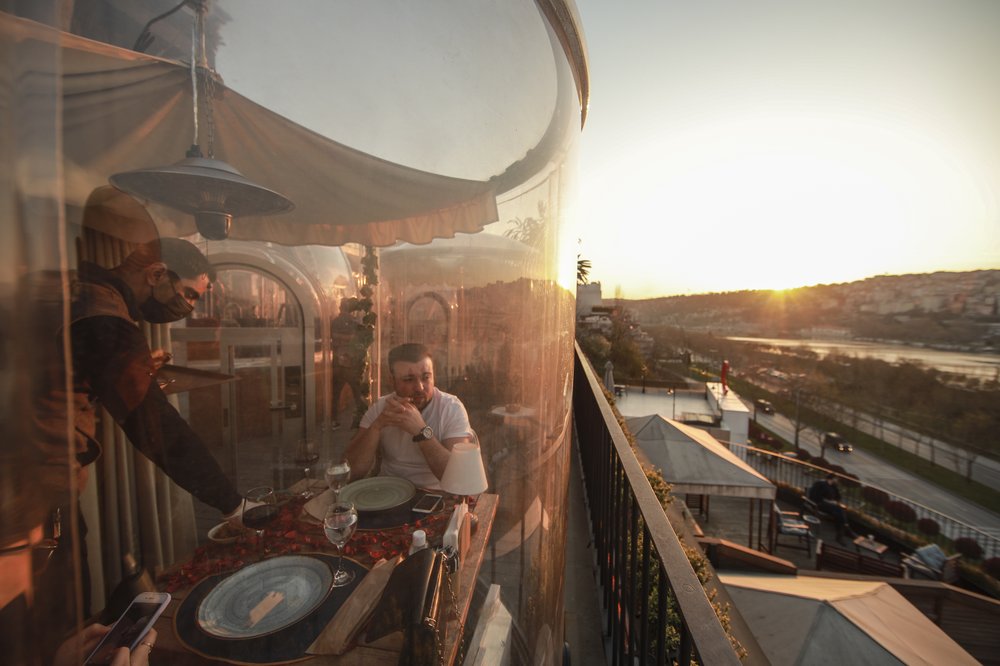 ANKARA, Turkey (AP) — Turkey’s president announced a partial lockdown Tuesday during the first two weeks of the Muslim month of Ramadan to curb COVID-19 infections as the number of infections hit a record.

Schools will return to distance education, apart from classes preparing for high school and university entrance exams. Weddings, engagement parties and other crowded gatherings will be barred until after the Muslim Eid holiday, Erdogan said. The Turkish leader stressed that crowded Iftar, or Ramadan fast-breaking dinners, would also not be allowed.

On Tuesday, the health ministry reported 59,187 new infections in a single day, the highest since the start of Turkey’s outbreak. It also reported 273 deaths.

Turkey now ranks among the badly-hit countries. Single-day infections have increased more than five-fold since March, while the number of deaths and seriously ill COVID-19 patients has also been steadily increasing. Turkey has reported over 34,000 COVID-19 deaths, but like many countries, experts say those official figures underestimate the toll.

“The increasing number of cases and deaths, especially in the larger cities, is steering us toward tightening measures again,” Erdogan said. “Even though the situation isn’t affecting our health system, we could not remain a spectator to this state of events.”

Turkish health professionals would dispute the claim. They have been warning that the spike in cases is putting a strain on hospitals.

The Turkish leader said the restrictions take effect Wednesday evening and warned of more possible measures should the new restrictions fail to bring the infections down.

“if we don’t achieve the improvement at the rate we target during the two-week period, much harsher measures will become inevitable,” he said.

Health Minister Fahrettin Koca said 85% of the cases in Turkey can be traced to the faster-spreading variant that was first detected in Britain.

Turkish opposition parties are also putting some of the blame on Erdogan, whose ruling party held mass political rallies across the country, disregarding the government’s own virus restrictions. The party rejects the accusations.

In early March, Erdogan eased COVID-19 restrictions under a “controlled normalization” program to minimize the impact on his nation’s ailing economy. The relaxing of measures came despite a warning from doctors that the move was premature.

As the numbers soared by late March, Erdogan re-imposed weekend lockdowns in 58 of Turkey’s 81 worst-hit provinces and closed cafes and restaurants apart from take-out meals during Ramadan.

IMAGE: A waiter serves customers enjoying their dinner specially constructed domes to ensure social distancing as a way to help stop the spread of the coronavirus, at a restaurant in Istanbul, Monday, April 12, 2021. (AP Photo/Emrah Gurel)

'How can we not be tense?' Turkey's coronavirus infections soar

The Latest: Italy’s Sardinia to open up as infections fall