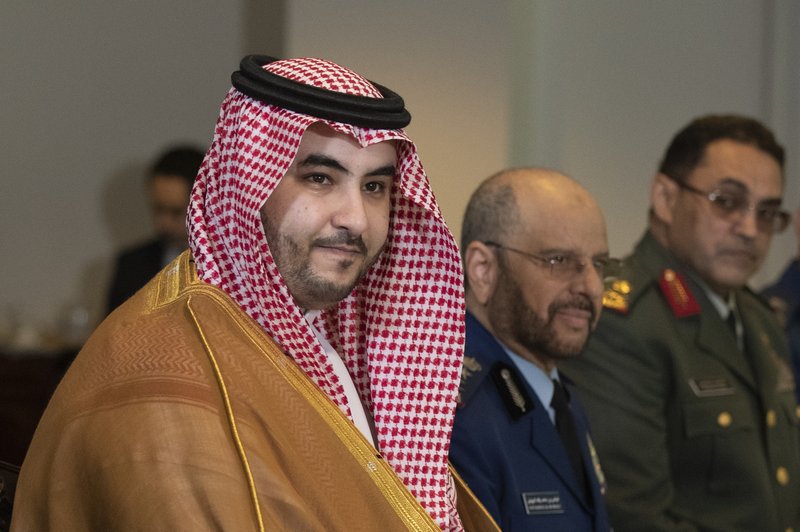 UNITED NATIONS (AP) — The UN special envoy for Yemen gave the warring parties in the Arab world’s poorest country revised proposals on Friday for a nationwide cease-fire and the urgent resumption of peace talks.

Martin Griffiths urged the internationally recognized government, which is backed by a Saudi-led coalition, and Iranian-backed Huthi Shia rebels to accept the proposed agreements “without delay” and to start negotiations “to comprehensively end the war.”

A two-week cease-fire proposed by the Saudi-led coalition in response to Secretary-General Antonio Guterres’ appeal for a halt to hostilities in all global conflicts went into effect Thursday, potentially paving the way for peace talks to end the more than five-year-old conflict.

But Huthi rebels, who control northern Yemen and the capital, Sanaa, quickly dismissed the offer as a ploy by the kingdom to boost its international standing while a spokesman for the rebel forces accused the coalition of several attacks on Thursday.

The Saudi-led coalition has been fighting the Huthis since 2015 on behalf of the UN-backed government of Yemeni President Abed Rabo Mansour Hadi. The conflict has killed over 100,000 people and created the world’s worst humanitarian crisis, leaving millions suffering from food and medical care shortages and pushing the country to the brink of famine.

Griffiths said his proposed agreements on a cease-fire, a resumption of the political process, and economic and humanitarian measures “to alleviate the suffering of the Yemeni people, build confidence between the parties and support Yemen’s ability to respond to the crisis of COVID-19” were “balanced.”

“These proposals represent a realistic and comprehensive package to enable Yemen to break from the violence and suffering of the past and take a historic step toward peace,” Griffiths said in a statement.

He said: “The international community stands ready to provide support and assurances to the process.”

The UN Security Council later Friday reiterated their support for Griffiths and repeated their call for an immediate cessation of hostilities and “an urgent return to deescalation.”

The council welcomed the announcement of a unilateral cease-fire by the Saudi-led coalition and the Yemeni government’s “positive response to the cease-fire call, and called on the Huthis to make similar commitments without delay.”

Council members emphasized “that no military solution can bring sustainable peace to Yemen.”

Image: FILE – In this Aug. 29, 2019 file photo, Saudi Deputy Defense Minister Prince Khalid bin Salman meets with Secretary of Defense Mark Esper at the Pentagon. On Thursday, April 9, 2020, a cease-fire proposed by the Saudi-led coalition fighting Iran-backed Huthi rebels in Yemen has gone into effect, potentially paving the way for an end to the more than five-year-old conflict. Saudi officials announced late on Wednesday that the cease-fire would last for two weeks and that it comes in response to UN calls to halt hostilities amid the coronavirus pandemic. Prince Khalid bin Salman tweeted on Thursday that the cease-fire “will hopefully create a more effective climate to deescalate tensions” and enable the sides to work toward a political settlement. (AP Photo/Manuel Balce Ceneta, File)