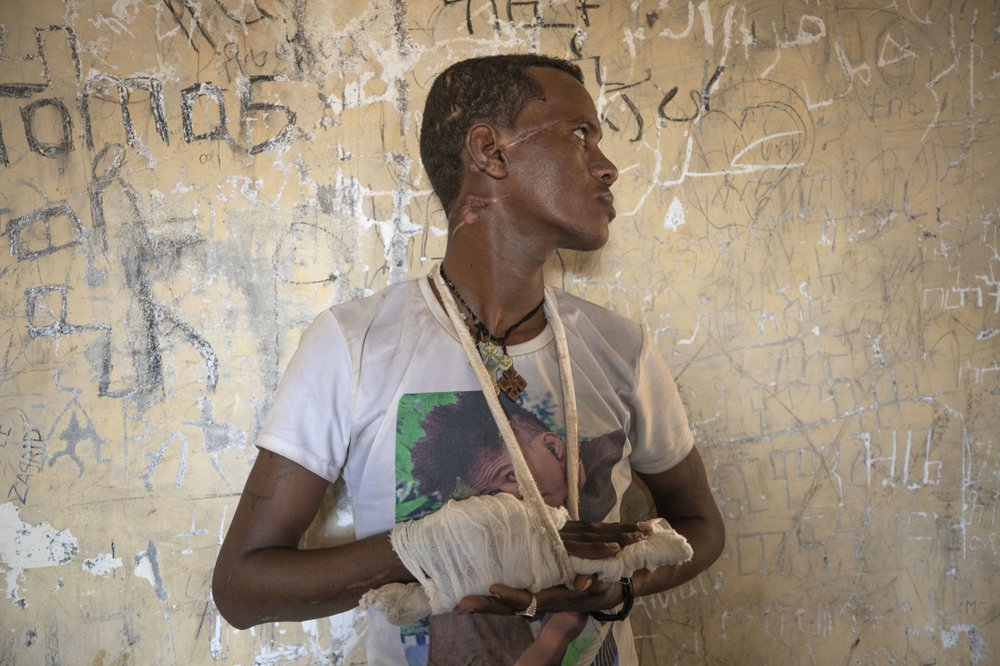 NAIROBI, Kenya (AP) — Life for civilians in Ethiopia’s embattled Tigray region has become “extremely alarming” as hunger grows and fighting remains an obstacle to reaching millions of people with aid, the United Nations says in a new report.

The conflict that has shaken one of Africa’s most powerful and populous countries — a key US security ally in the Horn of Africa — has killed thousands of people and is now in its fourth month. But little is known about the situation for most of Tigray’s six million people, as journalists are blocked from entering, communications are patchy and many aid workers struggle to obtain permission to enter.

One challenge is that Ethiopia may no longer control up to 40 percent of the Tigray region, the UN Security Council was told in a closed-door session this week. Ethiopia and allied fighters have been pursuing the now-fugitive Tigray regional government that once dominated Ethiopia’s government for nearly three decades. Now soldiers from Eritrea are deeply involved on the side of Ethiopia, even as Addis Ababa denies their presence.

On Thursday, US Secretary of State Antony Blinken was the latest to pressure Ethiopian Prime Minister Abiy Ahmed directly, urging the 2019 Nobel Peace Prize winner in a phone call to allow “immediate, full and unhindered” aid access to Tigray before more people die.

Abiy’s brief statement on the call didn’t mention Tigray. Neither did his statements on calls this week with French President Emmanuel Macron and German Chancellor Angela Merkel as European countries also express concern over one of the world’s newest crisis zones. Neighboring Sudan and Somalia could be sucked in, experts have warned.

The aid response remains “drastically inadequate” with little access to the vast rural population off the main roads, the report says, even as Ethiopia’s government has said well over one million people in Tigray have been reached with assistance. Some aid workers have reported having to negotiate access with a range of armed actors, even Eritrean ones.

Civilians have suffered. “Reports from aid workers on the ground indicate a rising in acute malnutrition across the region,” the new report says. “Only one percent of the nearly 920 nutrition treatment facilities in Tigray are reachable.”

The report said more parts of central and eastern Tigray likely will enter Emergency Phase 4, a step below famine, in the coming weeks.

Health care in the region is “alarmingly limited,” with just three of Tigray’s 11 hospitals functioning and nearly 80 percent of health centers not functional or accessible, the UN report says. Aid workers have said many health centers have been looted, hit by artillery fire or destroyed.

Large parts of two camps that once hosted thousands of refugees from nearby Eritrea have been systematically destroyed, according to analysis of satellite images by the UK-based DX Open Network nonprofit. Now some 5,000 of the refugees who have made their way to the community of Shire “are living in dire conditions, many sleeping in an open field on the outskirts of the town, with no water and no food,” the UN report says.