Mohamed al-Dairy, regional representative of the United Nations High Commissioner for Refugees (UNHCR) in Egypt, has appealed to all Egyptians to respect Ethiopian refugees living in Egypt, despite an ongoing rift between the two countries' governments over the Grand Renaissance Dam project.

Egyptians should distinguish between the Ethiopian government and Ethiopian refugees living in Egypt, the UNHCR official said, demanding civil society organisations and political parties work to protect them.

“Those refugees have nothing to do with the Ethiopian government,” he said. “They fled persecution in Ethiopia.”

Dairy claims he has already received 44 complaints from Ethiopian refugees who say they have been fired from jobs or forced to leave their homes.

“But we cannot deny Egypt's support for refugees, whether Iraqis, Syrians or Africans, since the 1950s and '60s,” he noted.

Egypt transfers its expertise in dam safety to African cadres

Cooperation with Nile Basin countries is a vital part of Egyptian policy: Minister 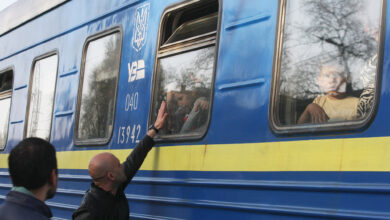