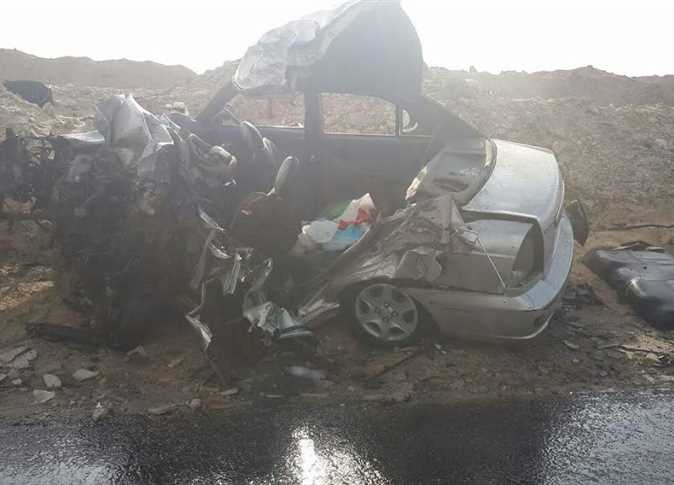 Two man was killed and 27 people were injured in a fatal collision on Thursday in the Matryr Ahmed Hamdy Tunnel of Ras Sedr, South Sinai.
The collision occurred between a tourist bus and a private car near Ras Sedr, according to Undersecretary of the Health Ministry in South Sinai Khaled Abu Hashem.

Security authorities are attempting to identify the casualties.

The World Health Organization (WHO) ranks Egypt as one of the top 10 countries globally for fatal road accidents.

5,343 people were killed in road accidents during 2016, according to official statistics from the Central Agency for Public Mobilization and Statistics (CAPMAS).
According to CAPMAS, the amount of car accidents increased by 1.1 percent in 2016 compared to 2015, with 5,343 people killed, 18,646 injured and 21,089 vehicles damaged.

The report showed that the highest cause of accidents was the human factor at 72.0 percent, followed by defects in vehicles (technical condition of the car) at 18.2 percent and the environmental component (road condition) at 3.1 percent.