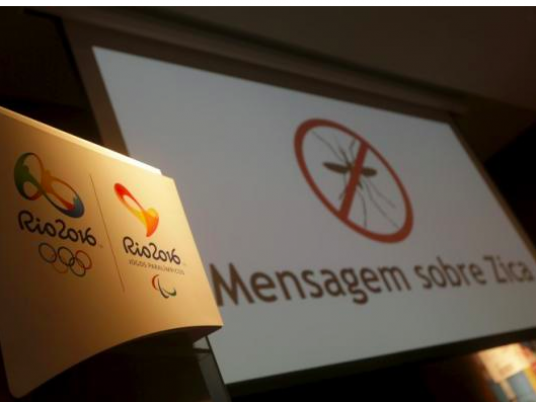 The United States Olympic Committee told US sports federations that athletes and staff concerned for their health over the Zika virus should consider not going to the Rio 2016 Olympic Games in August.
The message was delivered in a conference call involving USOC officials and leaders of US sport federations in late January, according to two people who participated in the call.
Federations were told that no one should go to Brazil "if they don't feel comfortable going. Bottom line," said Donald Anthony, president and board chairman of USA Fencing.
The USOC’s briefing to sport federations is the latest sign that Olympics officials are taking the Zika threat to the games in Rio de Janeiro seriously, and acknowledging that at least some athletes and support staff could face a tough decision over whether to attend.
The United States won most medals at the last Olympics in London in 2012, so any disruption to its presence would be important for the Rio games.
Global health authorities suspect the mosquito-borne Zika virus has caused a spike in Brazil of microcephaly, a birth defect marked by an abnormally small head. As a result, the World Health Organization declared an international health emergency Feb. 1, and the US Centers for Disease Control and Prevention (CDC) is advising pregnant women or those considering becoming pregnant to avoid travel to places with Zika outbreaks.
The USOC’s Alan Ashley, its chief of sport performance, and other USOC officials, briefed the leaders of the federations.
Ashley did not respond to email or phone calls requesting comment.
USOC spokesman Mark Jones confirmed by email that Ashley had "briefed federation leaders on the CDC's recommendations and we will continue to ensure that athletes and officials affiliated with Team USA receive any updates from the CDC."
The USOC has not issued its own set of recommendations for athletes and staff beyond what the CDC and WHO have issued.
Jones declined to comment further.