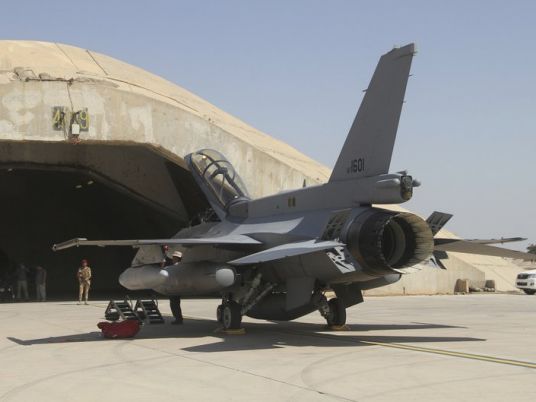 An American company that was paid nearly $700 million to secure an Iraqi base for F-16 fighter jets turned a blind eye to alcohol smuggling, theft, security violations, and allegations of sex trafficking — then terminated investigators who uncovered wrongdoing, an Associated Press investigation has found.

Documents and interviews with two former internal investigators and a half-dozen former or current Sallyport Global staff describe schemes at Iraq's Balad Air Base that were major contract violations at best and, if proven, illegal.

The fired investigators, Robert Cole and Kristie King, said they uncovered evidence that Sallyport employees were involved in human trafficking for prostitution. Staff on base routinely flew smuggled alcohol onto the base in such high volumes that a plane once seesawed on the tarmac under the weight. Rogue militia stole enormous generators using flatbed trucks and a 60-foot crane, driving right past Sallyport security guards. 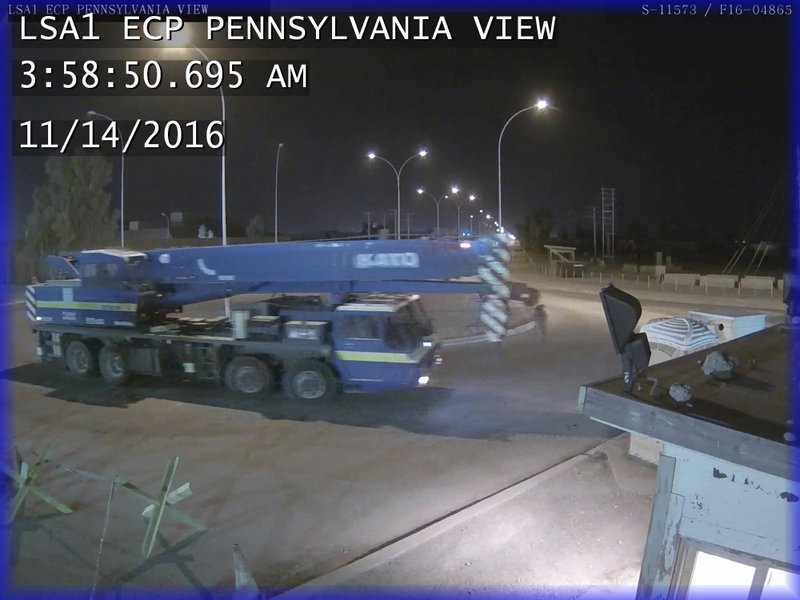 This photo obtained by The Associated Press shows security camera footage of a crane leaving Balad Air Base unchallenged by Sallyport Global security guards on Nov. 14, 2016, after it was involved in stealing generators. (Photo via AP)

The trouble stretches to headquarters in Reston, Virginia, say the investigators and other ex-employees interviewed by AP. They say what they uncovered was not revealed to the US government, which was footing the $686 million contracting bill, until early this year — after an auditor started asking questions.

The investigators were fired abruptly on March 12 — just two months ago — and immediately flown out of Iraq. They say they had been looking into timesheet fraud allegations and were set to interview company managers, whom they considered suspects.

"I feel like they got us out so quickly because they feel like we knew too much," King said in an interview. "When we finally got the idea that they were hiding all of the stuff from the US government, it was mind-blowing."

In a statement to the AP, Sallyport said it follows all contracting rules at the base, home to a squadron of F-16s that are indispensable to the operations of the US-led coalition against the Islamic State group.

"Sallyport has a strong record of providing security and life support services in challenging war zones like Iraq and plays a major but unheralded role in the war against ISIS," Chief Operating Officer Matt Stuckart wrote. "The company takes any suggestion of wrongdoing at Balad very seriously."

In one allegation, informants told the investigators that "flight line" staff, who directed airplanes on the runways and handled cargo, were showing up drunk. At one point they passed around a bowl of gummy bears soaked in vodka.

Alcohol on base was restricted, but the booze was everywhere, smuggled in by plane, several former employees told The AP. According to investigative documents and witnesses, empty suitcases were loaded onto Baghdad-bound roundtrip flights. The bags returned packed with alcohol-filled plastic water bottles that skirted security — a significant risk in a war zone.

Stuckart said Sallyport stood by its security procedures and got "high marks" from the US Air Force.

But Steve Anderson, who worked on flight logistics, says he was told by managers to sign off on manifests he knew had been falsified to hide alcohol and guns. The planes were so heavy that one tipped over nose-first while parked, "like a seesaw," he recalled.

When he raised concerns, it was suggested he find a new job, said Anderson, whose position was soon eliminated.

Balad is controlled by the Iraqi government. Americans have been there off and on since 2003. The base was evacuated in June 2014, when IS began overrunning Iraqi territory.

When the Americans returned, Sallyport's job was to keep Balad safe for the F-16s — and their Iraqi pilots. The contract required investigations into potential crimes and contract violations. That was the job of Cole and King.

A truck driver had lost control of his vehicle, but never reported it.

Three months later, Cole reported the theft of an armored Toyota SUV assigned to VIPs. His chief suspect was a Sallyport bodyguard. The Toyota was recovered within days; Cole was called off the case. 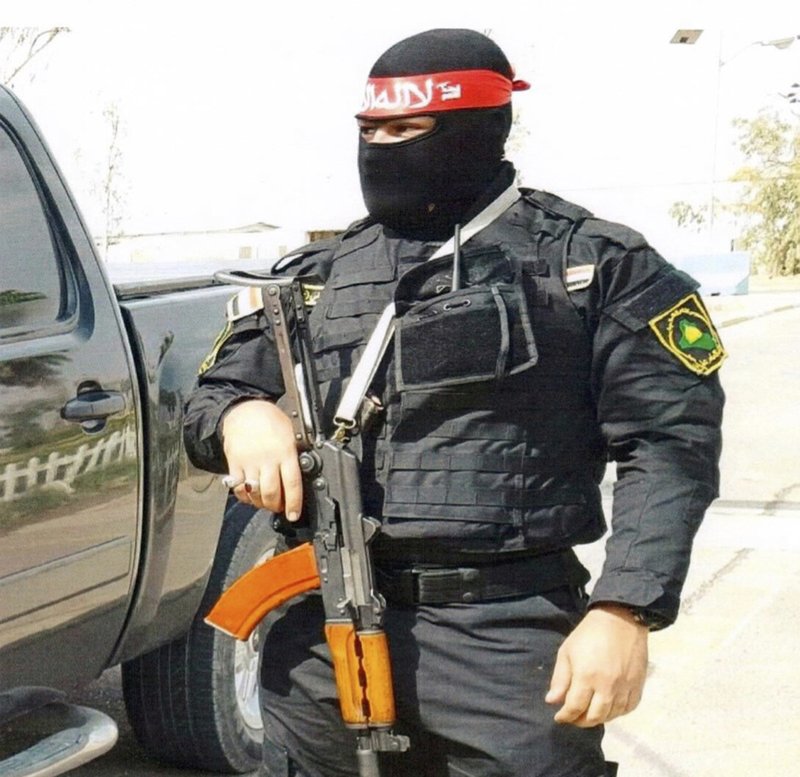 This undated photo obtained by the Associated Press shows an Iraqi bodyguard hired by Sallyport Global to protect VIPs. When a Toyota SUV was stolen from Balad air base, he became the chief suspect and was linked to a dangerous Iran-backed militia and was viewed by investigators as “a hard-core recruit to become a terrorist who poses a serious threat to all personnel on this base.” (Photo via AP)

A former senior manager defended that order, telling the AP that negotiations with the militias were sensitive and needed Iraqi cooperation. He said the chief suspect was banned from the base, but Cole later saw the man walking around freely.

Security breaches continued. On Nov. 15, 2016, just before 2 a.m., militia drove three flatbeds onto the base, one equipped with a crane. After lifting three enormous generators onto the trucks, the militia drove away unchallenged.

Cole's reports noted lax protection for the F-16s. Despite requirements to report major security breaches, the U.S. government was not informed until early this year of the truck skidding near a jet or the armored-SUV theft, according to Cole and two other former Sallyport employees. Both spoke only on condition of anonymity because they did not want to jeopardize current jobs.

As Cole and King sought to get to the bottom of the alcohol smuggling, they stumbled across a prostitution ring in Baghdad whose customers included Sallyport employees, informants said. They learned that four Ethiopians who had previously worked as prostitutes at the hotel had moved to Balad and were doing the same while moonlighting as Sallyport housekeepers.

Before either investigation was completed, a Sallyport executive in Virginia shut them down, they say. Stuckart said the prostitution allegations were not substantiated.

"It is absurd to suggest that the company would shut down an inquiry into a matter of such gravity," he said.

By then, Cole and King had begun their investigation into complaints that Sallyport managers were falsifying timesheets and people were getting paid without working.

The investigators say company lawyers ordered them to keep two sets of books, which they interpreted as an attempt to deceive auditors.