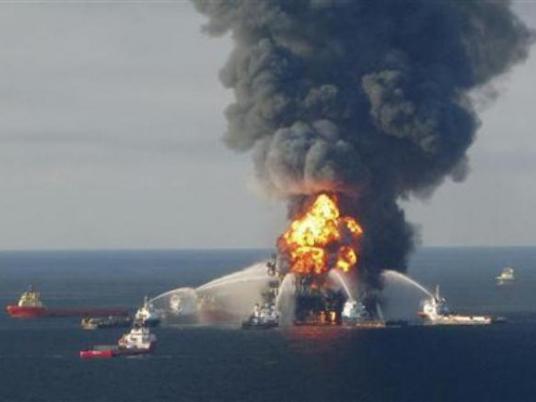 The US Justice Department is ramping up its rhetoric against BP PLC for the massive 2010 oil spill in the Gulf of Mexico, describing in new court papers examples of what it calls "gross negligence and willful misconduct."

The court filing is the sharpest position yet taken by the US government as it seeks to hold the British oil giant largely responsible for the largest oil spill in US history.

Gross negligence is a central issue to the case, slated to go to trial in New Orleans in January 2013. A gross negligence finding could nearly quadruple the civil damages owed by BP under the Clean Water Act to $21 billion.

The US government and BP are engaged in talks to settle civil and potential criminal liability, though neither side will comment on the status of negotiations.

"The behavior, words, and actions of these BP executives would not be tolerated in a middling size company manufacturing dry goods for sale in a suburban mall," government lawyers wrote in the filing on 31 August in federal court in New Orleans.

The filing comes more than two years after the disaster that struck on 20 April 2010 when a surge of methane gas known to rig hands as a "kick" sparked an explosion aboard the Deepwater Horizon rig as it was drilling the mile-deep Macondo 252 well off Louisiana's coast. The rig sank two days later.

The well spewed 4.9 million barrels of oil into the Gulf of Mexico for 87 straight days, unleashing a torrent of oil that fouled the shorelines of four Gulf Coast states and eclipsed the 1989 Exxon Valdez spill in Alaska in severity.

Specifically, errors made by BP and Swiss-based Transocean Ltd, owner of the Deepwater Horizon platform, in deciphering a key pressure test of the Macondo well are a clear indication of gross negligence, the Justice Department said.

"That such a simple, yet fundamental and safety-critical test could have been so stunningly, blindingly botched in so many ways, by so many people, demonstrates gross negligence," the government said in its 39-page filing.

BP rejects the charge. "BP believes it was not grossly negligent and looks forward to presenting evidence on this issue at trial in January," the company said in a statement. A Transocean spokesman had no immediate comment.

On 13 August, BP urged US District Judge Carl Barbier to approve an estimated $7.8 billion settlement reached with 125,000 individuals and businesses, asserting its actions "did not constitute gross negligence or willful misconduct."

The government said Barbier should avoid making any finding about BP's potential gross negligence when he rules on the settlement. Barbier will hold a fairness hearing on that settlement on 8 November.

Barbier should also disregard claims made by BP that minimize the environmental and economic impacts of the spill, the government said, citing environmental harms like severe ill health of dolphins in Louisiana's Barataria Bay, which saw some of the heaviest oiling from the spill.

The new comments do not represent a change in US officials' legal stance, said David Uhlmann, a University of Michigan professor and former environmental crimes prosecutor.

"The Justice Department has consistently maintained that BP and Transocean were grossly negligent and engaged in willful misconduct in the events leading up to the Gulf oil spill," Uhlmann said in an email to Reuters.

The department's latest filing "contains sharper rhetoric and a more indignant tone than the government has used in the past," he said.

But the filing does exhibit exasperation on the part of government lawyers. They wrote that they decided to elaborate on BP's alleged gross negligence because they believed BP was trying to escape full responsibility.

The Justice Department said they feared that, "if the United States were to remain silent, BP later may urge that its arguments had assumed the status of agreed facts."

BP in its statement on Tuesday reiterated that it believes the private-party settlement "is fair, reasonable and adequate and meets all the legal requirements for final approval by the court."