The United States is leaning toward withholding most military aid to Egypt except to promote counter-terrorism, security in the Sinai Peninsula that borders Israel, and other such priorities, a U.S. official said on Tuesday.

The official said U.S. President Barack Obama had not made a final decision on the issue, which has vexed U.S. officials as they balance a desire to be seen promoting democracy and rights with a desire to keep up some cooperation with Egypt's military.

Morsy supporters and security forces have repeatedly clashed since, including on Sunday, one of the bloodiest days since the military took power, with state media reporting 57 people dead.

After Morsy's ouster, the Obama administration said it would suspend about $585 million in military assistance to Egypt pending a wider policy review.

The U.S. official, who spoke on condition of anonymity, said the Obama administration was now leaning toward continuing to withhold most of that, with the exceptions described above.

The official said the United States was also leaning toward continuing some economic aid to Egypt, but chiefly funds that go to non-governmental groups rather than to the government itself.

A second U.S. official, also speaking on condition of anonymity, said a decision on the aid was likely to be made public by the end of the week, although he noted that an announcement has been repeatedly postponed.

In Cairo, the Foreign Ministry said on Wednesday it had not received any official word from Washington on the issue.

"The relationship between Egypt and the United States is one of partnership, and not one of donor and recipient," said Foreign Ministry spokesman Badr Abdelatty.

Egypt for decades has been among the largest recipients of U.S. military and economic aid because of its 1979 peace treaty with U.S. ally Israel, which agreed to withdraw from the Sinai Peninsula it seized from Egypt in 1967 as a result of the pact.

The United States has long provided Egypt with about $1.55 billion in annual aid, including $1.3 billion in military assistance.

The removal of Morsy has left Obama with an acute dilemma: whether to get tough with the army for toppling a democratically elected president, albeit an Islamist who had few friends in Washington, or whether to acquiesce in his overthrow.

U.S. officials have said there has been a sharp debate within the administration for months over the issue, with one saying that the Pentagon had argued for continuing military aid, while others urged a significant reduction.

At the U.N. General Assembly on 24 September, Obama appeared to split the difference, saying the United States would maintain constructive ties with Egypt's interim government despite its anti-democratic moves – including an emergency law and restrictions on opposition parties, the media and civil society.

He also suggested that some military aid would depend on the interim government embracing a more inclusive democracy.

"Going forward, the United States will maintain a constructive relationship with the interim government that promotes core interests like the Camp David Accords and counter-terrorism," he said, referring to the U.S.-brokered agreements that led to the Egyptian-Israeli peace treaty.

"We'll continue support in areas like education that directly benefit the Egyptian people," he added. "But we have not proceeded with the delivery of certain military systems, and our support will depend upon Egypt's progress in pursuing a more democratic path."

Earlier on Tuesday, CNN had quoted a U.S. official as saying that an "accumulation of events," including the recent violence, had led to the decision on a "full suspension" of aid, a report the White House denied.

Vanessa Murray, a spokeswoman for the U.S. Defense Security Cooperation Agency, which oversees foreign military aid and sales, earlier said there had been no policy change on Egypt.

Officials at General Dynamics Corp, which makes M1A1 tank kits for Egypt, and Boeing Co, which is building Apache helicopters for the Arab country, said late on Tuesday they had not been notified of any decision to halt military aid.

There was no immediate comment from Lockheed Martin Corp, which is building F-16 fighter jets for Egypt. Shipments of four F-16s have already been halted temporarily, and eight more jets were due to be delivered in December.

Two former government officials familiar with foreign military sales have said the Obama administration is likely to curtail certain high-visibility weapons sales, such as the 12 Lockheed Martin Corp F-16s due to be delivered to Egypt this year, to send a message to the military. The planes could be fairly easily adapted for sale to other countries, they said. 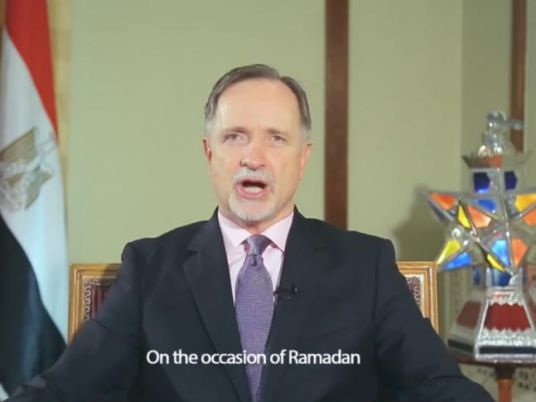 US embassy invests US$45 mn in training Egyptian students