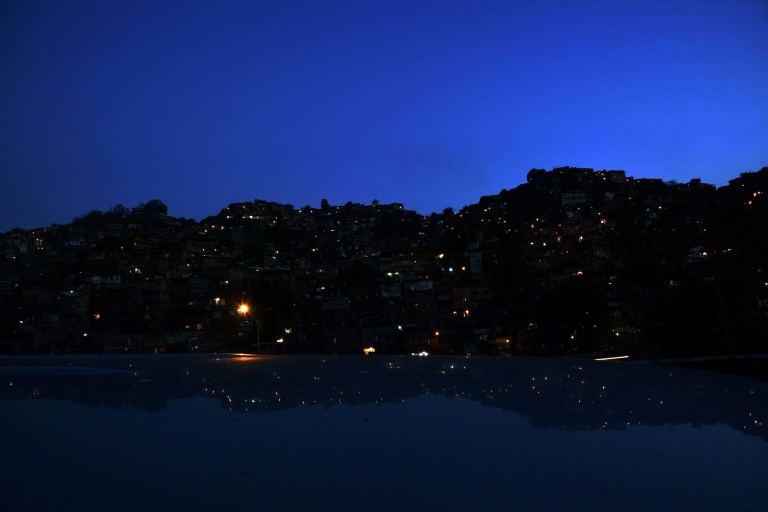 Venezuela’s opposition leader Juan Guaido will ask lawmakers on Monday to declare a “state of alarm” over the country’s devastating blackout in order to facilitate the delivery of international aid — a chance to score points in his power struggle with President Nicolas Maduro.

At least 15 patients with advanced kidney disease were reported to have died since the massive power outage began on Thursday, as hospitals struggled to provide emergency services and the threat of spoiling food supplies put many on edge.

“We must attend to this catastrophe immediately. We cannot turn away from it,” said Guaido, the 35-year-old leader of the National Assembly who in January declared himself interim president, triggering a power struggle in the oil-rich South American country of 30 million.

On Sunday, he told reporters he would convene an emergency session of the opposition-controlled National Assembly to declare the “state of alarm” — setting up another test of wills with Maduro.

Last month, Maduro used the military to block an opposition bid to bring in more than 250 tons of supplies over land from Colombia and Brazil.

On Sunday, the embattled president — who has presided over a calamitous economic collapse that has left people in need of basic food and medicine — vowed not to back down.

“This macabre strategy to bring us to a confrontation will fail,” he wrote on Twitter.

Power was restored late Sunday in some areas of the capital Caracas, sparking enthusiastic cheers. But already twice so far, the restoration of electricity has been fleeting.

Businesses and schools were to remain closed Monday. In any event, the ongoing lack of public transport made travel difficult, even in Caracas.

Guaido has called for more street protests on Monday to pressure Maduro to step down, following up on Saturday’s rally.

“You have the right to go into the street, to protest, to demand, because this regime is letting Venezuelans die,” he said Sunday, appealing to the armed forces “to stop covering for the dictator.”

Guaido is recognized by more than 50 countries as Venezuela’s acting president, which have backed his calls for new polls, but the military high command has so far stood by Maduro despite a plummeting economy and deep discontent.

In Washington, National Security Advisor John Bolton suggested members of the military were reconsidering their support for Maduro.

“There are countless conversations going on between members of the National Assembly and members of the military in Venezuela, talking about what might come, how they might move to support the opposition,” Bolton said in an interview on ABC’s “This Week.”

One reason the security forces have refrained from arresting Guaido, he said, “is Maduro fears if he gave that order, it would not be obeyed.”

Maduro blames “imperialism” for the country’s accumulating woes, and claims the power outage was caused by an electromagnetic attack on the Guri hydroelectric complex, which supplies 80 percent of Venezuela’s electricity.

Guaido dismissed that explanation as “Hollywoodesque.” Critics blame the government for failing to maintain the power grid, as did the Lima Group, a primarily Latin American bloc.

For ordinary Venezuelans, the blackout — one of the worst and longest in recent memory — has piled misery upon an already agonizing day-to-day struggle to survive in a country now in economic freefall.

“Every day is worse,” said Edward Cazano, a 20-year-old who lives with his mother and three brothers in a poor Caracas neighborhood called Pinto Salinas.

“We have the worst services in the world: no light, no water, sometimes no gas.”

Hospitals with back-up generators were using them for emergency services, leaving patients to cope in the dark.

No national data was available about the impact of the power outage, but the Codevida health rights group reported the deaths of the 15 kidney dialysis patients — a toll the government denied.

Francisco Valencia, the group’s director, said some 10,200 people were at risk because dialysis units had switched off.

“This is agony. They’re imposing a curfew on us from 5:00 pm. We head out early to buy what we can and we hurry home,” said Yadira Delgado, a 49-year-old who lives with her mother and teen daughter.

Blackout darkens much of Venezuela in latest taste of economic woes