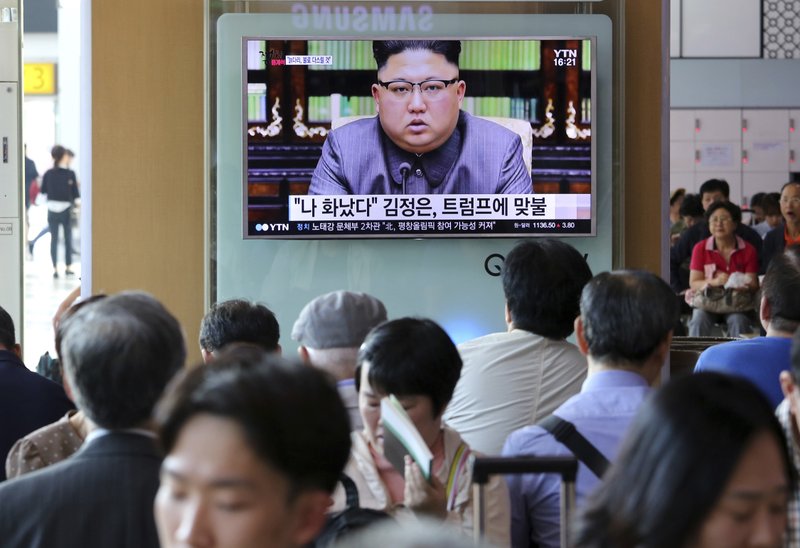 Miguel Castillo hurried up a narrow, dusty street in a poor neighborhood in Venezuela’s capital city carrying a boy who clung to him as if his life depended on it.

Castillo, a member of the country’s tattered opposition movement, brought the 6-year-old named Tomas to a dining hall filled with nearly a hundred skinny children sitting at tables and scooping spoonfuls of beef and rice soup into their mouths. Tomas, who was running a fever and needed food, required help reaching the opposition-run soup kitchen because of a disability that left him unable to walk.

“I never imagined that my country would come to be like this,” Castillo said on a recent day. “This is my way of doing something.”

For Venezuela’s opposition, this is a new kind of politics — one that has it providing free meals and medical checkups in an attempt to connect with the poor. The outreach is aimed at helping change the negative perception many Venezuelans have of an opposition that has been unable to influence change as President Nicolas Maduro further consolidates power.

Members of the Justice First party launched a soup kitchen which has so far provided 4,000 meals to poor youth in Caracas, while leaders of the Popular Will party say they’re pushing to provide 40,000 each week in neighborhoods across Venezuela. The food is provided with the help of local businesses and Venezuelans living abroad. The doctors among the opposition parties’ ranks are giving free medical care to children and the elderly.

Inflation in Venezuela is projected to surpass 2,000 percent this year, and the economy is estimated to have shrunk by 12 percent. Shortages of food, medicine and basic goods have become dire amid moves by Maduro to crack down on dissent.

“Our politics are in crisis, and our politicians are in crisis,” said Henrique Capriles, a former presidential contender and governor who organized the soup kitchen visited by Castillo.

Many members of the opposition now see their quest for political relevance as closely tied to their efforts to help everyday Venezuelans in what opposition politician and physician Winston Flores calls “a policy of solutions.”

On a recent day, Flores provided free medical checkups at a makeshift neighborhood camp, using his cellphone as a flashlight to examine an elderly woman’s throat.

“There are some who walk around like zombies looking for food and looking for medicines,” he said, adding that the opposition’s latest outreach is another way of doing politics.

The growing focus on the poor sounds familiar to many who have seen similar policies implemented by the socialist leaders that the opposition has been struggling for years to unseat from power.

Capriles denies that outreach efforts resemble the same populism pushed by Maduro, and says that he is simply continuing the policies he implemented as governor of the central state of Miranda from 2008 to 2017.

“I am not the ‘disconnected politician,’” he said. “I never have been one, and I have never been isolated from the reality of the people I serve.”

But the opposition has found that making fiery speeches has been inefficient on its own to foster support among the Venezuelan electorate.

Opposition parties suffered bruising defeats in this year’s gubernatorial and mayoral elections, leaving members divided over how to move forward ahead of next year’s presidential race.

They have yet to rally behind a candidate to challenge Maduro, who is expected to seek a second six-year term.

Even so, some political analysts are skeptical the latest goodwill strategy is enough to change the status quo.

John Magdaleno, director of local consultancy POLITY, praised the initiatives as well-intended but said they fall short of overcoming a deeper crisis.

“Until the opposition’s political leadership can agree, the chances that we will begin a transition to democracy are minimal,” Magdaleno said.

Flores, the opposition politician and physician, said politicians are trying to pull people out of their “catatonic state” and urge them to reclaim their rights.

“There are solutions for building a better country,” he said. “All these grains of sand add up and help alleviate this misery, this need for food, for medicine, and give support.”