Egyptian female athletes continue to excel internationally. This time, it went beyond the realm of squash and swimming, two sports Egyptian women are known to excel at, to a less known sport for them: football. Egyptian Stoke City footballer Sara Essam won January’s “Goal of the Month” title for her sensational strike against Pelsall Villa, according to Stoke City Ladies FC Twitter account, securing 57 percent of the total voting tally.

Coming all the way from Wadi Degla in Egypt, Sara joined Egypt’s National First Team at the age of 16, where she played in the U17 World Cup qualifications. She then signed for Stoke City at the impressive age of 18 in 2017. Currently, Stoke City ranks 4th in the standings, with 25 points. They will face Cardiff City on Sunday.

Egyptian footballers are taking the Premier League by storm. Next to the great Mohamed Salah, Mohamed Elneny plays for Arsenal and Ramadan Sobhy plays for Stoke City’s mens team. It was time a woman footballer joined the mix!

With 57% of the vote, @SarahEssam64 won January's Goal of the Month competition for this strike against Pelsall Villa. pic.twitter.com/j4yD2bjCLO 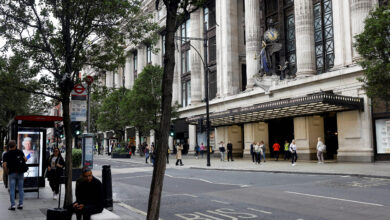 All you need to know about matches scheduled on Tuesday