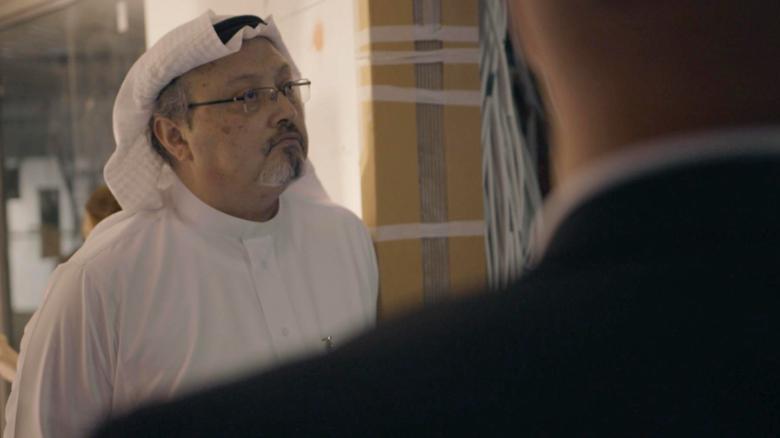 Two years after the brutal murder of journalist Jamal Khashoggi, “Kingdom of Silence” again shines a necessary light on the US-Saudi Arabian relationship, and the complicity of those who prize the latter’s oil and money above all else. It’s the latest in a series of significant “How we got here” documentaries from producer Alex Gibney (just out with “Agents of Chaos”

), here teaming with author Lawrence Wright.
Wright — who wrote “The Looming Tower: Al Qaeda and the Road to 9/11,” chronicling the failures prior to the Sept. 11 attacks — helpfully fills in some of that history, describing the Middle East as having been “A part of the world that we didn’t care about, except for the oil” for decades.
That changed with the strategic interest in Afghanistan’s Cold War fight against the then-Soviet Union, prompting former National Security Council counterterrorism advisor Richard Clarke to observe, “If we had just left Afghanistan alone, in 20/20 hindsight, I think things might have been better in the long run.”
All that background is useful in understanding Khashoggi, a Saudi journalist who had interviewed Osama bin Laden when he was battling the Soviet invasion and who earnestly yearned for reforms and greater freedom in the region.
The exultation that surrounded the Arab Spring, however, gave way to disappointment when democratic impulses were crushed, altering his views and turning him into an outspoken critic of the current Saudi leadership.
Director Rick Rowley gives voice to Khashoggi’s writings by having an actor read them, and documents the way that the US business community embraced Saudi Crown Prince Mohammed bin Salman as a reformer while “drooling” over his billions, instilling a “sense of impunity” that allowed Khashoggi’s death to happen.
“Kingdom of Silence” also includes former diplomat David Rundell, a former US diplomat and expert on Saudi Arabia who maintains that the grisly killing of the Washington Post contributor by operatives dispatched to Turkey isn’t reason enough to imperil US interests there.
It’s the perfect encapsulation of decades of American policy, where support for democratic impulses has frequently run afoul of financial incentives and pragmatism.
“I do my best to just be a journalist, and not become a revolutionary,” Khashoggi said, providing the documentary’s title by saying of advocacy for change in Saudi Arabia, “We are the kingdom of silence no longer.”
Several of the killers were recently sentenced to prison, although an independent investigator called the verdicts issued by the Saudis “a parody of justice.”
As “Kingdom of Silence” makes clear, the aftermath of Khashoggi’s death reflects that in dealings with Saudi Arabia, the golden rule still appears to apply, as in he who has the gold, and the oil, gets to make the rules.
“Kingdom of Silence” will also be available free Oct. 1 on the Washington Post’s website.