“Public visits to Abdeen palace will take place under specific restrictions and regulations. There will be allowed only a limited number of visitors as the palace houses many fragile antiquities,” Secretary General of the Supreme Council of Antiquities Mostafa Waziri said during his telephone interview on “Hadret al-Mowaten” (The Citizen) TV program on “Al-Hadath Al-Youm” Channel.

Waziri clarified that visits to the palace should be controlled in order to protect it.

The Ministry of Antiquities organized a visit to Cairo’s Abdeen Palace for a group of ambassadors from 30 countries including Germany, France, Italy, Cameroon, Belgium, and other European Union member countries among others. The ambassadors were invited by Antiquities Minister Khaled al-Anani.

Waziri referred to the ambassadors’ admiration for the palace’s beautiful and significant architecture and decoration. He added that Abdeen was the Royal Headquarters in winter.

Waziri pointed out that Minister Anani has begun collaboration with tourism companies to promote the palace on a larger scale.

Abdeen Place was designed by Egyptian, Turkish, French and Italian architects in 1863. The palace has undergone intense renovation and restoration after being severely damaged by the powerful earthquake of 1992, according to Egyptian Museums. Waziri acknowledged that the palace, furnished and decorated with prominent artifacts, houses 550 rooms.

The Palace museum is open every weekday except Friday from 9 am to 10 pm. The ticket’s price is 10 LE for students and 20 LE for other visitors. 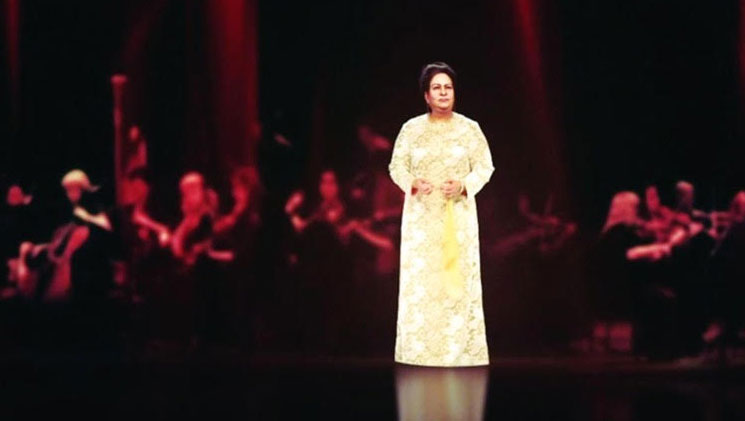 A blast from the past: Umm Kulthum hologram to take the stage in Abdeen Palace