The Muslim Brotherhood’s Freedom and Justice party newspaper leads this morning with the headline "Office of grievances … A link between the president and people's concerns." After the election of President Mohamed Morsy, people headed to the presidential palace with their most pressing concerns, considering him the representation of the only person capable of solving his problem. From here stemmed the idea of building an “office of grievances” at his headquarters to receive complaints. According to a questionnaire conducted by newspaper about the idea, many find the idea superb and will be a great help to many social segments. According to Yasser Kasseb, head of the regional center for Studies states that currently people see the elected presidential institution as the only savior and solver of their chronic social illnesses and major problems. Kasseb expects the presidential palace sit-ins to continue until the cabinet is formed.

On a different note, the Brotherhood’s mouthpiece writes on page eight that the sit-in in Tahrir Square has been suspended and political forces have agreed on a truce with the Supreme Council of the Armed Forces to give the elected president a chance to work and produce. Magdy Hussein, the head of the Work Party, stated that the sit-in was suspended until the Administrative Court rules on the dissolution of Parliament and until President Morsy issues a decision concerning the supplement to the Constitutional Declaration. Hussein adds that if no solutions are found, all political forces will head to the square again.

The state-run daily Al-Ahram writes, “Factional protests reach the presidential palace after they disappear from the vicinity of the Ministers Council.” According to the government mouthpiece, hundreds are protesting in Orouba Road since the day President Morsy was elected, including workers from Cleopatra Ceramics, a group of law students, and a considerable number of people with special needs.

On it first page, Al-Ahram writes "Suez bids farewell to its martyr in a big funeral." The martyr is student Ahmed Hussien Eid. According to his friends and family, it has been a long while since Suez witnessed such a despicable crime. Mourners chanted during the procession and Eid's family refused to mourn until the murderers are arrested. General Adel Refaat declared that the security forces are getting closers to the assailants and will arrest them within the coming few hours. The assaulters may belong to the self-proclaimed “Promotion of Virtue and Prevention of Vice Authority.” The newspaper adds that a statement by the religious group appeared on Facebook apologizing for the incident and declaring that the attackers did not intend to kill the victim.

The independent daily Al-Shorouk writes about the disturbing crime, and leads with “The funeral of the Suez Martyr … the so-called ‘the Promotion of Virtue's martyr.’” According to the publication, the evidently religious group declared its responsibility for the incident and stated that the deceased was walking with his fiancée without a chaperone. The father of the victim stated that if the authorities failed to find the murderers, he will seek revenge with his bare hands. Twelve political parties and movements condemned the crime and warned against further practices against citizens' personal freedom, which included the phenomenon of veiled women stopping other women on the street to object on their attire.

Al-Akhbar writes that Morsy apologized to the Grand Sheikh of Al-Azhar for the mistake by the protocol committee. Sheikh Ahmed al-Tayyeb received a phone call from President Morsy yesterday where he expressed his apologies on behalf of the protocol committee during the Cairo University celebration. Morsy praised the role of Al-Azhar in the Arab world. Tayyeb had disappointedly left the celebration last week after he realized that no place was saved for him in the VIP lounge.

On a different note, and after an hour-long meeting with President Mohamed Morsy, international scientist Ahmed Zeweil stated that he would stay in close contact with the elected president for further development of the scientific research in Egypt. In a press conference following the meeting, Zeweil stated that 70 percent of the world's economy is built on scientific research. The Nobel Prize winner stated that he explained his developmental plan to the elected president. Zeweil added that the rough circumstances the country is witnessing are normal, as we lived through a revolution, not a honeymoon. 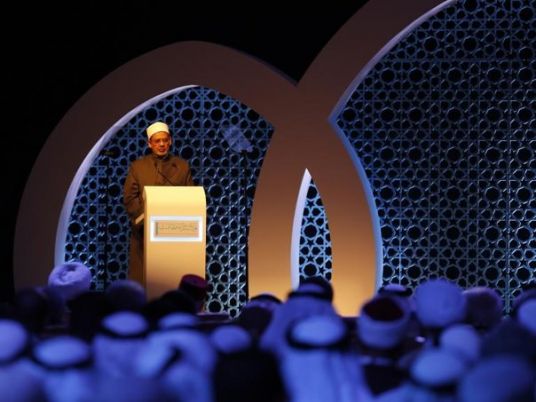 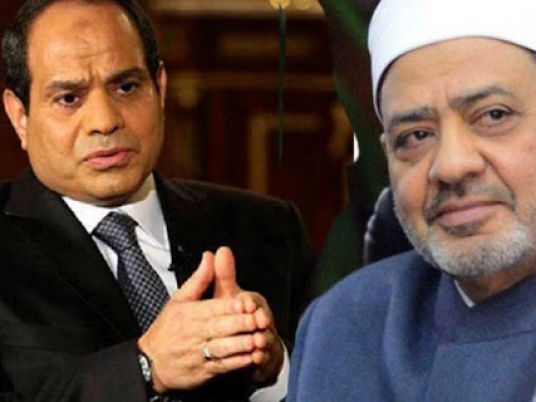