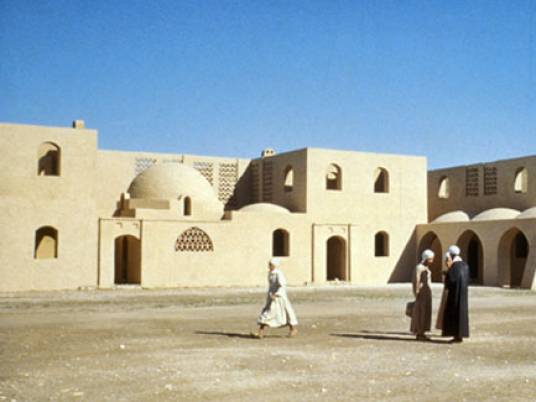 for his courageous yet unsuccessful attempt to use architecture as a tool that could challenge Western hegemony and transform the lives of Egyptians.

Fathy was born on 23 March 1900. Throughout his career, he was involved in establishing environmentally sound homes for Egyptians, especially underprivileged residents in Upper Egypt and the Western Desert.

Growing up at a time when Egypt was desperately searching for its own identity, Fathy worked on developing an architectural identity that could help strengthen that of the nation.

Some historians argue he was an opponent of Western-style architecture, which uses mass-produced reinforced concrete. But this is a relatively simplistic take on his vision. In his book “Architecture for the Poor: An Experiment in Rural Egypt,” Fathy showed how architecture could be a tool for wide social and political resistance and transformation.

He wrote: “In modern Egypt there is no indigenous style. The signature is missing; the houses of rich and poor alike are without character, without an Egyptian accent. The tradition is lost, and we have been cut off from our past…”

Fathy’s search for an architectural identity was not only centered on how to build a house. He was concerned with how to transform people’s lives, economically, socially and culturally.

These ideas were implemented in his New Gourna project in Luxor, which he started after World War II. The old village of Gourna, located at the heart of archaeological sites on the hills, worried authorities due to residents’ repeated attempts to loot ancient Egyptian tombs.

Fathy proposed to use architecture to create new ways of living for these residents, offering them economic opportunities and, at the same time, initiating Egyptian-inspired architecture.

He said a house’s architecture should respect the “role of traditions.” For him, that meant respecting local realities and finding solutions that did not threaten them. One such reality in Upper Egypt, for example, meant that relatives preferred to have their houses close to each other. He argued — and here, he played the role of an anthropologist — that “the need for protection from nature and other men, both for themselves and for their cattle, is reflected in the way the houses and villages open inward toward the center and turn their backs on the outside world.”

Another focus in his project was the environment. Fathy used mud bricks in his houses saying they were not only an economic must, but also eased the summer heat.

He also acknowledged that the new village should have its own economic means, such as reviving traditional crafts that could be shown in permanent exhibitions.

The inspiring project of new Gourna, however, suffered major setbacks.

In his 1958 novel “Al-Gabal” (The Mountain), author Fathy Ghanem showed how the project was often ignored. And, in the more recent present, a few symbolic attempts have been launched to revive the project at a time when the new Gourna village has become another site for illegal and poorly regulated construction in Egypt.