Both the faculties of Medicine and Pharmacy received a five-star rating, thus making Ain Shams University the only Egyptian university with this rating.


It is also the first Egyptian university to be included in the QS Stars assessment since 2015 when it got three stars, and then in 2018 when it got four stars.

The QS Regional Director for the Middle East and Africa, Ashwin Fernandes, also participated in the event and expressed his sincere happiness that Ain Shams University has reached the position it deserves among the ranks of international universities.

The achievement falls under the university’s plan to develop various aspects of the educational, research and service process at the university.

It also comes to implement advanced international strategies that keep pace with global developments, in terms of the quality of education, the use of modern teaching methods, and the production of distinguished cadres of graduates with high capabilities and competencies in line with the requirements of the local and international labor market.

The graduate studies and research sector has played a major role recently to improve the university’s position in various assessments, through the development of new and advanced methods to motivate faculty members and staff to achieve scientific excellence, said the Vice President for Graduate Studies and Research Affairs, Mohamed Ayman Saleh, said. 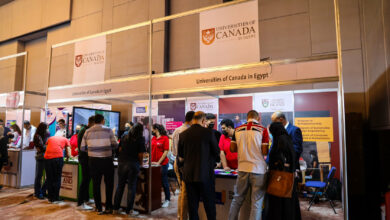