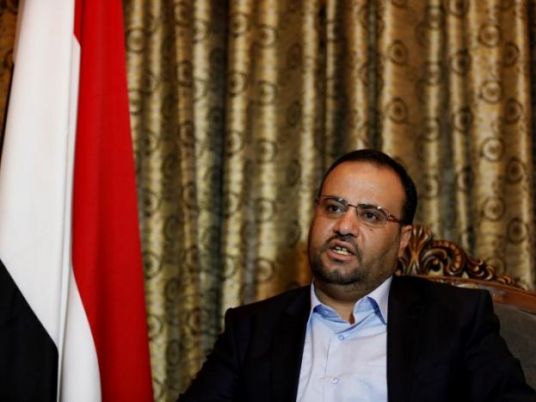 The head of a Houthi-backed ruling council pledged readiness on Monday to resume negotiations on ending Yemen's war but reserved the right to resist attacks by a Saudi-backed exiled government seeking to unseat it.

"We have not closed the door for peace or the door to negotiations," Saleh al-Sammad, an official of the dominant Iranian-allied Houthi movement, told Reuters in an interview.

"I believe there are serious international intentions to reach peace and we will do our best to take any chance to stop the aggression and lift the suffering from our Yemeni people."

The talks foundered after the Houthis and Saleh's General People's Congress (GPC) announced the formation of the 10-member governing council on August 6., ignoring a warning by the UN Yemen envoy Ismail Ould Cheikh Ahmed that such a move would violate UN Security Council resolutions on how to solve the conflict.

But US Secretary of State John Kerry said after talks in Saudi Arabia last week that the United States, Gulf Arab states and the United Nations had agreed on a proposal to restart peace talks with a goal of forming a unity government.

In a statement late on Sunday the Houthis welcomed the idea but said they had yet to receive written proposals.

Sammad confirmed that position, explaining: "We are willing to deal positively with any initiative that is likely to lead to ending the aggression and lift the siege."

But Sammad said Riyadh had reneged on understandings reached earlier this year to observe a truce on the border in exchange for Saudi Arabia's cessation of air raids and prevention of fighters of exiled President Abd-Rabbu Mansour Hadi from attacking Yemen from its territory.

"We were surprised that nothing of the sort had happened," Sammad said.

"It is natural, when air strikes continue and when we have up to 100 raids a day … and when we have no planes or the kind of deadly weapons they have, that Yemenis have the right to defend themselves.

"We just want the Saudis to feel the kind of pain and sufferings that the Yemenis feel from the aggression," he said, in explanation of Houthi forces' attacks on Saudi territories. Yemen had no designs on Saudi territory.

Saudi Arabia and its Arab allies accuse the Houthis of being pawns of Iran and have launched a military intervention to restore Hadi to power. The Houthis have held on, having made an alliance with Saleh, who enjoys the support of most of the military.

Hadi's government has welcomed Kerry's ideas but said any plan must adhere to UN Security Council resolution 2216, which calls on the Houthis to withdraw from cities seized since 2014.

The Houthis and the GPC hold most of Yemen's northern half, while forces working for the exiled government share control of the rest of the country with local tribes.

More than 6,400 people have been killed in the fighting, half of them civilians, and it has created a humanitarian crisis in one of the poorest countries in the Middle East.

A suicide bomber killed at least 54 people in a militia compound in the port city of Aden on Monday, the health ministry said, in an attack claimed by Islamic State.

Sammad said the United Nations and a group of 18 nations which have backed UN talks to end the war had failed to persuade Saudi Arabia to let the Houthis sell oil stored in the Yemeni Red Sea port of Ras Isa to buy medicine and fuel supplies.Saudi-led coalition naval forces control entry and departure of ships into and from Yemen in what they say are an attempt to prevent weapons from reaching the Houthi group.

Sammad rejected accusations by Hadi that the central bank was being used by the Houthi group for its own purposes and said the bank was "undertaking mighty efforts to find solutions to maintain the minimum standard of stability".

"This is a sovereign institution supported internationally and is not subject to bargaining from Hadi or those with him," he said. Sammad praised the central bank for its "mighty efforts" to create some economic stability.

Despite meager means, the central bank has continued to provide lines of credit guaranteeing imports and to pay the salaries of state employees, including troops in units that have fought on both sides.

The bank is based in the capital Sanaa. With the Houthis in control of most population centers and state organs, and enjoying the support of most of the army, the bank's activities disproportionately benefit them.