A Cairo court acquitted 17 members of the Socialist Popular Alliance Party (SPAP) of charges of breaking the protest law, on Saturday.

Protester Shaimaa al-Sabbagh, who was a member of SPAP, was killed while participating in the protest which was held in downtown Cairo's Talaat Harb Square, one day ahead of the fourth anniversary of the January 2011 uprising.

In March, Egypt's top prosecutor said in a statement that members of the party who staged the protest were referred to trial for protesting without prior notice, and consequently violating the 2013 protest law.

However, members of the defence team in this case said prosecutors "turned the eyewitnesses" who went to provide testimonies on Sabbagh's killing into defendants and requested appointing a new judge to lead the investigation, during the previous court session.

Egypt's top prosecutor had identified the prime suspect in Sabbagh's killing as a police officer in the central security forces branch of the police, which usually handles riots.

The police officer was referred by prosecutors to criminal court where he faces two charges, committing physical assault which led to the death of Sabbagh and causing deliberate injuries to other protesters.

A crowded funeral was held for her the day after her death in the coastal city of Alexandria, where she hails from. 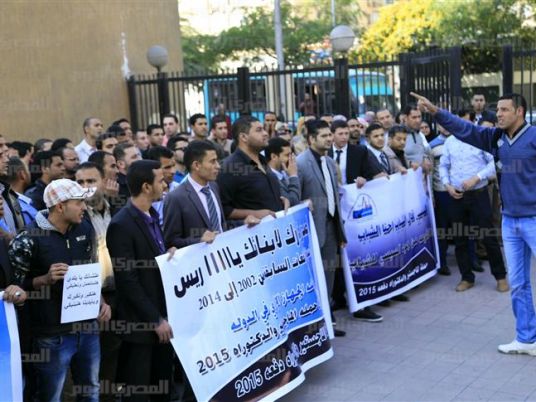