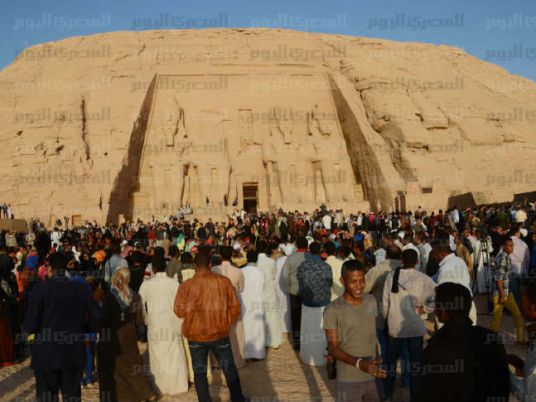 The "Abu Simbel 50" campaign is the first part of the golden jubilee celebration aimed at saving monuments in Nubia, said Antiquities Minister Mamdouh al-Damaty.
The rescue process is ongoing and is scheduled to end in 2018, he added.
He expects the celebration to play a major role in promoting tourism in Egypt.
The Abu Simbel campaign will end on October 22, according to the minister.
Several events will take place during this time, including a simulation of the lifting of King Ramses II's face on October 21 at the pharaoh's temple in Luxor, in conjunction with the sun alignment phenomenon on his face.
A symposium for artists, under the title "Abu Simbel in the eyes of artists", will be held for one week as part of the campaign.
"Abu Simbel 50" was launched on Saturday by Damaty in coordination with the culture and tourism ministers.
Edited translation from Al-Masry Al-Youm