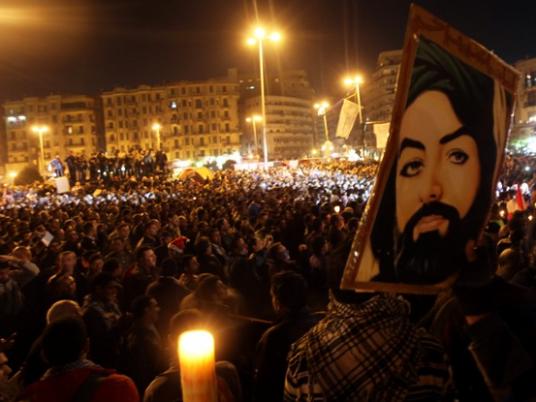 Ganainy told state-run news source MENA that the celebrations would aim to renounce political differences, uphold national unity, and send messages of peace, security and stability to countries all over the world.

Last year, Tahrir was packed with thousands of Egyptians holding candles, releasing balloons and setting off fireworks in a wonderful scene, attracting the attention of local, Arab and foreign media, she said.

Ganainy added that such an event could attract tourists and foreign investments. The success of parliamentary elections in early 2012 and the slow return of security has boosted tourism throughout the year, and initiatives like New Year’s Eve celebrations support messages of peace and the desire for stability, she claimed.

Ali al-Haggar has volunteered to sing in the square for the celebrations, Ganainy said, alongside other artists. The program, which will not address any political issues, will be announced soon, she said.

Amir al-Wakil, general coordinator of Egypt's Revolutionary Alliance, said the alliance would support the celebration, as it did last year.