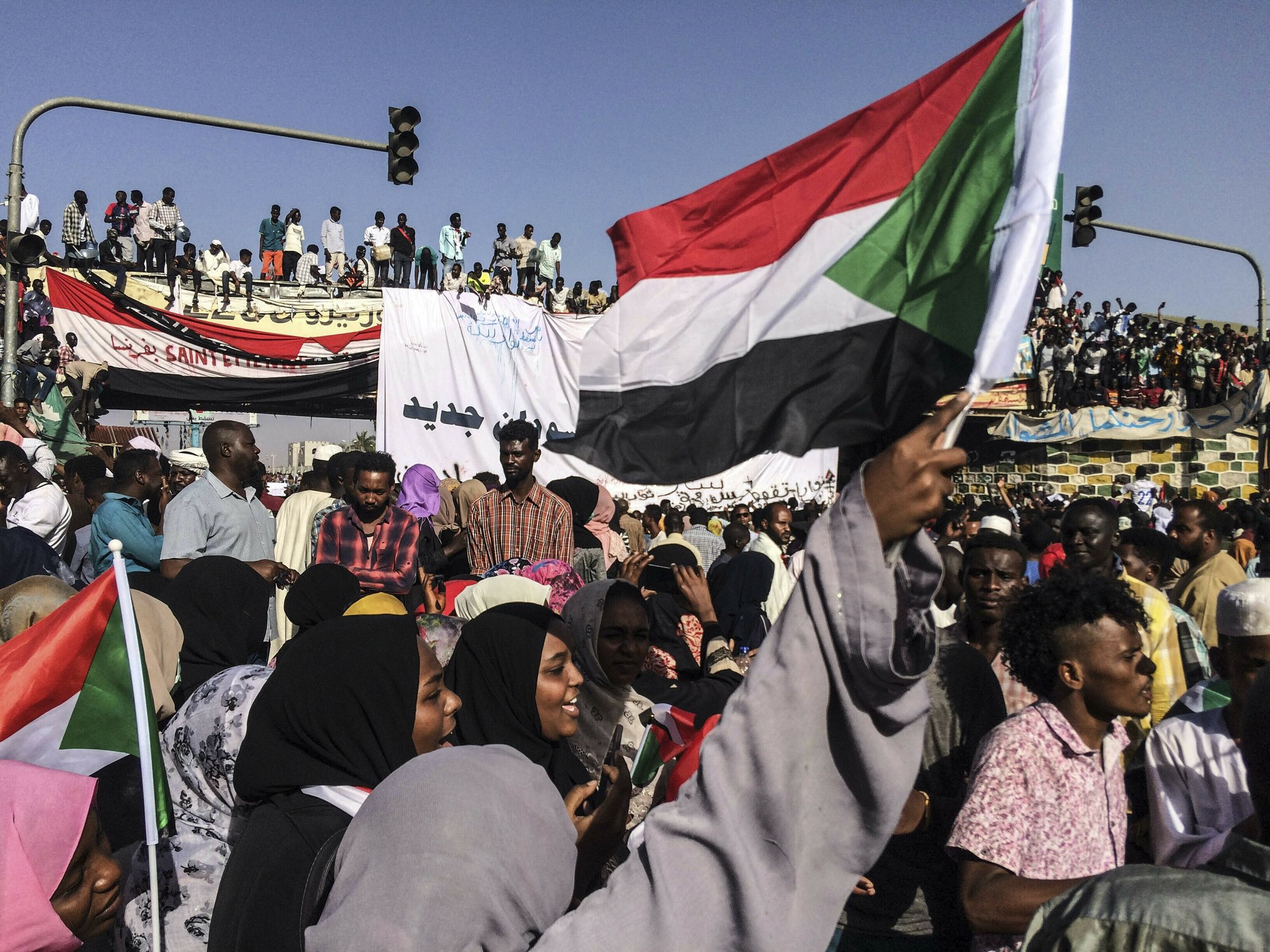 CAIRO (AP) — Organizers behind Sudanese anti-government protests say the military has attempted to break up their sit-in but backed off. There were no clashes and no one was hurt.

Footage circulating online shows hundreds of troops outside the military headquarters in Khartoum on Monday. An officer is heard saying they came to “clean” the area.

Some protesters then sit down in front of the soldiers who back off.

A military council that took over promised on Sunday it wouldn’t forcefully break up the sit-in.

The Sudanese Professionals Association, which is behind the protests, is urging people to head to the sit-in and defend it from any attempts by the military to disperse the demonstrators.

Photo: Sudanese demonstrators march with national flags as they gather during a rally demanding a civilian body to lead the transition to democracy, outside the army headquarters in the Sudanese capital Khartoum on Saturday, April 13, 2019. The military overthrew President Omar al-Bashir on Thursday after almost four months of protests calling for an end to his nearly 30-year rule. (AP Photo)