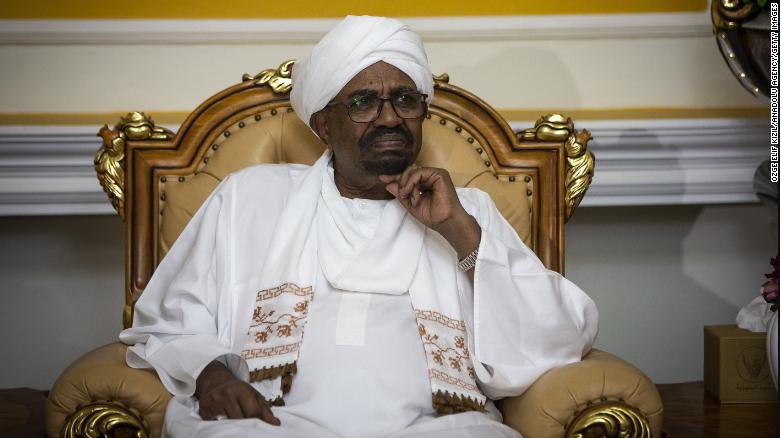 KHARTOUM (Reuters) – At the height of the mass protests against Sudan’s President Omar Hassan al-Bashir, Reuters reporter Khalid Abdelaziz found himself locked in a prison cell across the River Nile from Khartoum, imprisoned with five other men.

He had been arrested while covering one of the rallies, driven to the capital’s security headquarters, then a day later on to the Kobar detention complex, a holding place for generations of Sudan’s criminals and dissidents.

One of the biggest stories of his career – an uprising that would eventually oust Bashir – was raging out of sight as he languished in jail. Abdelaziz decided to make the best of it and interviewed his cell-mates.

Two of them who said they had been charged with trading black-market hard currency, two with smuggling gold. “Interviewing them occupied my mind,” said Abdelaziz.

What started off as a way of killing time ended up giving him an insight into the workings of both illicit trades – and into some of the forces and frustrations driving the turmoil outside.

The rallies that erupted in December 2018 were as much about economics as politics – born out of anger at years of mismanagement marked by shortages of bread, fuel and hard currency.

The economy was struggling from the body blow of losing the bulk of its oil reserves with the secession of its south in 2011. Another major natural resource, gold, was slipping across borders unregulated and untaxed.

Instead of meaningful reforms, Bashir’s military-led government had responded with a crackdown on backstreet dealers and smugglers, fuelling more resentment as shortages worsened and prices rose – frustration that Abdelaziz heard about in detail as he interviewed the men in prison.

The government had also responded with a crackdown on the media. For Abdelaziz, the phone call came in January as he was getting ready to head out for a day’s reporting. “If you cover the demonstration you will not be safe,” a man who said he was an intelligence agent told him.

He went anyway, got picked up by plain-clothes security officers in Omdurman, Sudan’s second largest city, and ended up in the cell, one toilet between the six prisoners, mosquitoes devouring them day and night. Every day they could hear metal chains attached to wrists and ankles shake as inmates were moved along the corridors.

A week later Abdelaziz was out, without any charge or explanation. Diplomats, Reuters and local reporters had been trying to press for his release, though it was never clear whether that had had any impact.

And he was back covering the protests. After days upon days of rallies and sit-ins in Khartoum’s searing heat, the demonstrations turned into street celebrations on April 11 as the army announced it had ousted Bashir.

That day, security sources said, Bashir was detained and later led into a VIP unit that had housed some of the prison’s higher profile inmates next to Abdelaziz’s old cell in Kobar.

“I never imagined I would get to know the inside of Bashir’s most dreaded high-security prison,” said Abdelaziz. “The fact that he ended up there as well still astounds me.”