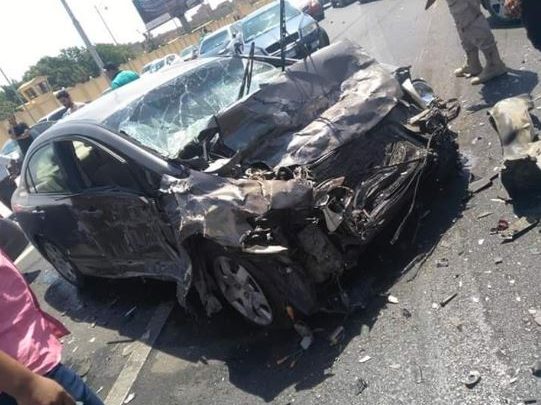 Two people were killed and three others were injured in a car crash at Cairo-Alexandria desert road, near Wadi al-Natrun City in Beheira governorate.

The crash was caused by an accidental tire explosion, a security report on Monday said.

Security forces, emergency respondents and ambulances rushed to the scene. The injured were transferred to a nearby hospital for treatment.

The police prepared a report on the accident and referred it to Public Prosecution for further investigations.

Collision in Gharbiya kills 5 people, including bride and groom, injures 3 others