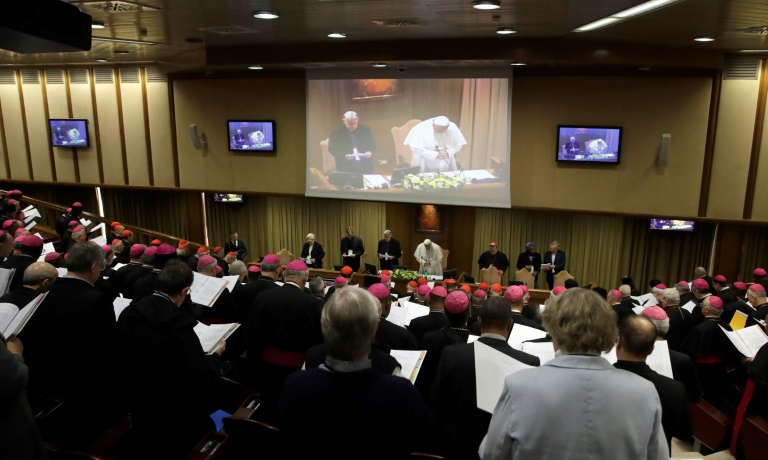 A top Catholic cardinal admitted Saturday that Church files on priests who sexually abused children were destroyed or never even drawn up, a move which allowed pedophiles to prey on others.

“Files that could have documented the terrible deeds and named those responsible were destroyed, or not even created,” German Cardinal Reinhard Marx said in a speech to a landmark Vatican summit on tackling pedophilia in the clergy.

“Instead of the perpetrators, the victims were regulated and silence imposed on them.

“The stipulated procedures and processes for the prosecution of offenses were deliberately not complied with, but instead cancelled or overridden,” he said.

Marx was speaking on the third day of an unprecedented meeting of the world’s top bishops which Pope Francis has called in an effort to get on top of a crisis that has dogged the Roman Catholic Church for decades.

The ongoing scandals have escalated into a crisis which has touched many countries across the globe, with recent cases affecting Chile, Germany and the US.

Investigations have revealed that in many cases priests accused of assaulting minors were transferred to other parishes as bishops turned a blind eye to protect the Church’s reputation.

“The rights of victims were effectively trampled underfoot, and left to the whims of individuals. These are all events that sharply contradict what the Church should stand for,” Marx said.

The cardinal said it was essential that victims felt “that they can trust the system”.

“There are no alternatives to traceability and transparency,” he insisted, adding that attempts to cover-up scandals risked seriously undermining the Catholic Church’s credibility.

Francis has told his bishops he wants “concrete measures” drawn up against child sex abuse, though survivor groups in Rome for the summit have accused the Vatican of fine words but little action.