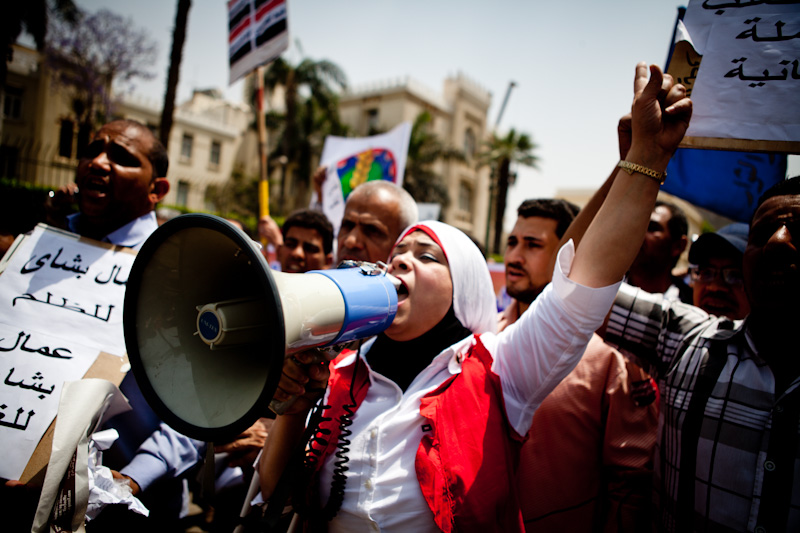 Workers of Egypt's cigarette monopoly Eastern Company ended their strike in front of the company’s main headquarters in Giza Tuesday evening after successful negotiations with the minister of investment and the company’s head.

Workers will receive all of the things they've asked for, including payment of bonuses from the past 42 months and meal allowances.

Ahmed Ismail will also be appointed temporary chairman after the current chairman, Nabil Abdel Aziz, was hospitalized Tuesday. Abdel Aziz is recovering from health problems he suffered due to being trapped in his office by striking workers for 48 hours.

Workers’ representative Mohamed Awad said that they welcomed the assistance of Investment Minister Osama Saleh and had also decided to work additional shifts to make up for the days they were on strike.

The employees, he said, were not asking for more than their legal rights. He also pointed out that they had responded to Giza Governor Ali Abdel Rahman’s request to allow traffic on Haram Street, which they had blocked during the sit-in.

Eastern Company is owned by the Government Holding Company for Food Industries, and has a monopoly on cigarette manufacturing in Egypt.

It has so far recorded a profit of nearly LE165.4 million during the current fiscal year, compared to LE121 last year.