Dozens of Iranian cities, including the capital, Tehran, are currently designated as “red zones” as they battle a spike in COVID-19 infections. Residents aren’t allowed to leave Tehran and can face fines. Only people working in jobs deemed “essential” are allowed outside.

Families of women incarcerated for political offenses in Tehran’s Evin Prison say the regime is not extending the same precautions to the people detained. 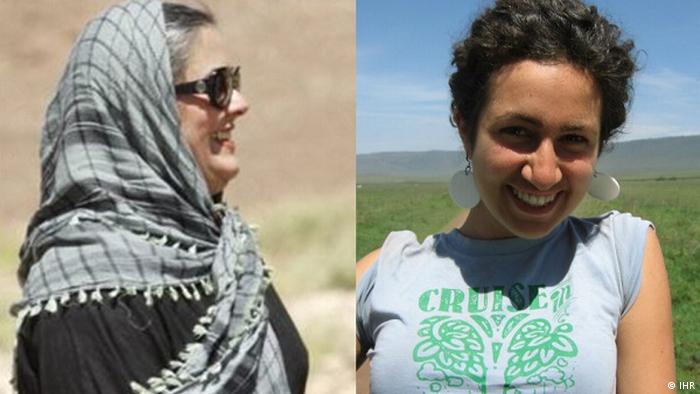 Relatives say the environmentalist Sepideh Kashani and democracy activist Zeinab Hamrang have contracted the coronavirus in the women’s wing of Evin Prison. Their families say they are not receiving adequate care. The big question for many is how the virus could reach prisoners who are supposed to be cut off from the outside world.

Kalaran said he mother’s age made her a high-risk patient.

“When the first female inmates got sick, the medical staff told them it was a simple cold,” Kalaran said. “It was only after they developed a fever and tested positive that they figured out it was corona,” she added.

“Sepideh Kashani and Zeinab Hamrang are now in quarantine, but what about the others?” Kalaran asked. “They were all together in direct contact, weren’t they? Shouldn’t the other women be tested as well?”

The situation has raised serious fears of a coronavirus outbreak in the women’s wing of Evin.

Sadra Abdollahi is the husband of Aliyeh Motallebzadeh, a journalist and women’s rights activist also imprisoned in Evin.

“My wife told me on the phone yesterday that Zeinab Hamrang had contracted Corona and that there is now great concern among the other prisoners in the women’s wing. Then today I was told that Sepideh Kashani has also tested positive,” Abdollahi told DW. “The problem is that testing is not done routinely in the prison, but only when an inmate shows severe symptoms. That’s dangerous.”

Abdollahi said women incarcerated at Evin Prison had little contact with the outside world. It’s likely the infection must have come from prison staff or during a court hearing, he said. “As long as the prison management does not take the necessary care to protect our family members from infection, they should be temporarily freed so we can take care of our loved ones at home,” he added. 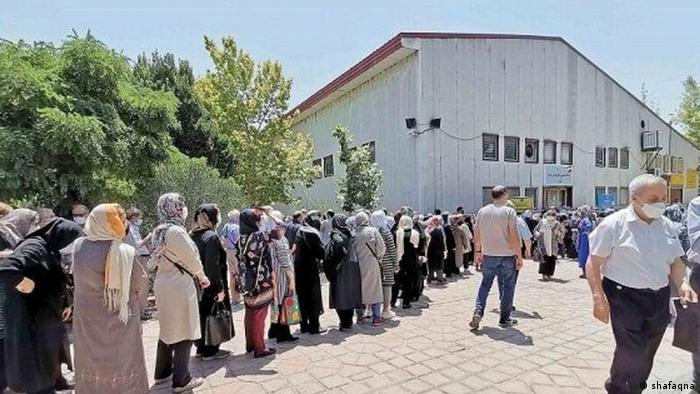 Women wait for a COVID-19 jab, though the country doesn’t have enough doses

Kalaran said families had three main demands for the prison authorities: “First, everyone in the prison must be tested; second, prison staff must comply with hygiene regulations, wear masks and disinfect the premises; and, third, prisoners older than 60 should be temporarily released so that families can take care of them at home.”

Three months ago, the male prisoners in Ward 8 of Evin Prison issued a joint statement after the detection of COVID-19 infections among inmates, stressing that judicial authorities bore responsibility for the situation.

The women’s relatives found out through phone calls that both the inmates had tested positive for COVID-19 and were quarantined. Hamrang is a retired teacher who was sentenced to five years in prison for the standard “propaganda against the political order” charge; Kashani is an environmental expert who was sentenced in 2019 to six years in prison along with seven members of environmental organizations on charges of espionage and acting against national security.

Maryam Kalaran is the daughter of Nahid Taghavi, a 66-year-old German-Iranian woman also imprisoned in Evin.

“I have never seen my mother so upset and angry in the past months as she was during the last phone call,” Kalaran told DW. “Around 25 women are held there in a very confined space. Keeping a distance in the kitchen, showers and toilets is practically impossible.”