The delegation is scheduled to attend the fifth meeting of the joint Egyptian-Russian Military Committee and the International Military-Technical Forum “ARMY-2018”, which the regional power will host from August 21 to 26.

Zaki will meet with senior officials of the Russian Defense Ministry to discuss issues of common interest, and “cooperation between the armed forces of both countries, in many fields”, according to Al-Masry Al-Youm.

Egypt and Russia have established close ties under the administration of Russian President Vladimir Putin and Egyptian President Abdel-Fattah al-Sisi.

The previous year, a military cooperation agreement granted Russia and Egypt use of each other’s airspace and bases for five years, and in December 2017, Putin visited Cairo to sign Egypt’s first nuclear reactor into existence – to be built and fuelled by Russian companies.

Prior to the 2015 bombing of a Russian plane in Sinai, the large country was a notable source of tourism to Egypt. Cairo-Moscow flights were suspended from the time of the tragedy until January 2018, when Putin signed a decree to resume direct flights. 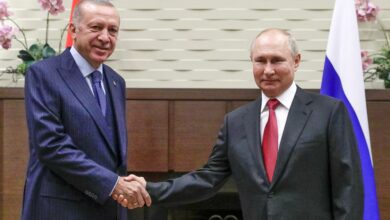 Putin, Erdogan sit down for talks on war-torn Syria