Russian Deputy Foreign Minister Oleg Syromolotov said that “the Egyptian side has made a great effort to raise safety standards in its ports, especially in Cairo.”

Russian authorities are considering resuming flights to Egypt and hopefully the results will be positive, Sputnik agency quoted Syromolotov as saying Friday.

The Russian official said Moscow was “well aware of the importance of resuming direct flights to Egypt, as well as the supply of Russian tourists,” but the main priority for Russia remains ensuring the security of Russian citizens and preventing the recurrence of a disaster.

Russia suspended flights to Egypt following the crash of a Russian passenger plane in Sinai in 2015, killing all 224 people on board. 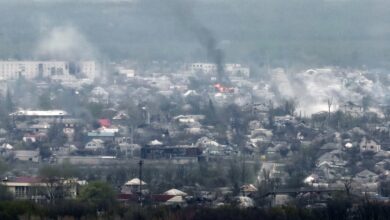