The Central Agency for Public Mobilization and Statistics (CAPMAS) has reported a rise in Egypt's carbon dioxide emissions resulting from petroleum products and natural gas consumption.

Monday's statement coincides with World Environment Day, celebrated on June 5 every year, on which governments, scientists, NGOs and activists seek to highlight pressing environmental issues such as global warming.

According to the CAPMAS statement, the biggest single source of carbon dioxide emissions in Egypt is the electricity sector, which is a large consumer of petroleum products, accounting for 42.6 percent of the nation's total CO2 emissions during 2014/2015.

The total amount of electricity generated from renewable energy — including hydroelectricity, wind power and solar power — also increased in recent years, according to CAPMAS.

The statistics body also announed that Egypt has managed to largely phase out ozone-depleting substances, in line with the goals of the Montreal Protocol.

Egypt consumed 10 tons of bromomethane gas in 2014, compared to 92 tons in 2013, representing a decrease of 89.1 percent, said the agency. Egypt stopped the use of halon gas in 2007 and the chlorofluorocarbons (CFCs) in 2011 , according to the statement.

The United Nations Environment Programme (UNEP) founded World Environment Day in 1972, with the aim of highlighting threats to the natural environment and helping to identify possible solutions.

This year's World Environment Day is celebrated under the slogan "Go Wild for Life". 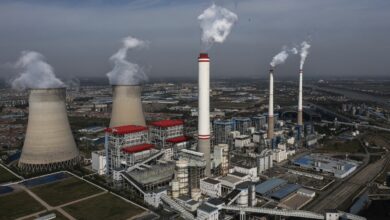