Facebook Twitter LinkedIn
Egypt is seeking to swap four members of Muammar Qadhafi’s regime arrested in Cairo with a group of Egyptians detained in Libya, judicial sources said Wednesday.
A source at the Libyan Justice Ministry said the idea had been raised in talks on judicial cooperation between Libyan officials and the assistant Egyptian prosecutor general Hassan Yasine, on an official visit to Tripoli this week.
Among those arrested in Egypt on Tuesday was Ahmed Qahdafi al-Dam, one of Qadhafi’s cousins. Libyan Prime Minister Ali Zeidan has called for the immediate handover of the wanted men.
Egyptian judicial sources said the Libyans were among 36 members of the late dictator's administration whom the new Libyan government believe to be living in Egypt.
State-run Al-Ahram newspaper said Libya had asked for other measures including that Cairo stop anti-revolution Libyan TV stations from being broadcast via an Egyptian satellite.
An official from Libya's Culture Ministry said it had already made the request via letters.
Egypt wants Libya to hand over a group of Egyptian Christians accused of proselytizing, Egyptian sources said.
Libya's small Christian community has expressed fears over Islamist extremism as the government struggles to impose its authority over armed groups that have refused to lay down weapons since the 2011 war that ousted Qadhafi.
Al-Ahram said Yasine had discussed the results of a Libyan inquiry into an attack on an Egyptian church in Benghazi last week. Unknown assailants set fire to the church, the second attack on the building in weeks.
Attacks against Egyptian Christians in Libya triggered protests outside the Libyan embassy in Cairo last week that resulted in a brief suspension of work there.
Two Egyptian men were killed in December by an explosion at a building belonging to a Coptic church in Dafniya, close to the western city of Misrata.
Tags
Ahmed Qadhafi al-Dam Ali Zeidan church attacks Egypt-Libya relations prisoner swap satellite channels 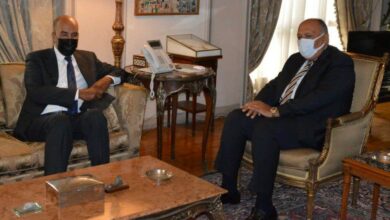 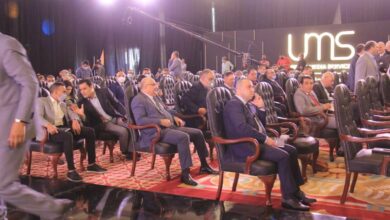