According to Nassar, the ministry is aware that these buildings violated building codes and have ordered them to be demolished, while all buildings lying 20,000 square meters in the area will be expropriated by the ministry.

In return affected residents will receive financial compensation in proportion to the value of their appropriated houses, but not building owners.

However one of the affected residents, Ahmed Gomma, denied that these buildings had only been recently constructed.

Instead he says they were built ten years ago, with the number of floors ranging between 11 and 13, while the Terrat al-Zomar corridor project construction began more than a year ago.

Another resident, Sameh Jawhar lamented that where once the prices of buildings could start from LE700,000, today they could barely be sold at LE100,000.

Construction work began by filling al-Zomor Canal, and removing the garden overlooking Nasr al-Din Street. The corridor is expected to start from al-Omraniya reaching up to King Faisal Bridge.

The project’s first stage will be finished within 2021. 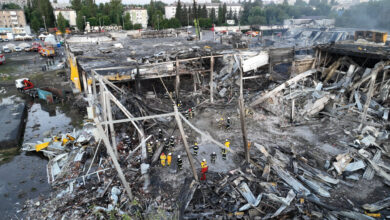