The Egyptian Administrative Control Authority on Friday arrested Abdel-Azim Hussein Abdel-Azim, head of the Egyptian Tax Authority, after he was caught receiving bribes from auditors dealing with the Authority.

Abdel-Azim had been recently reinstated for a new tenure as the head of the Egyptian Tax Authority.

Sources at the Finance Ministry said that Reda Abdel-Qader, the deputy of Abdel-Azim, is now tasked to conduct the authority’s work until a new head is appointed.

A statement by the Public Prosecutor’s Office, on Friday evening, explained that the Administrative Control Authority had arrested the suspect after it was confirmed that he received financial sums and gifts as a bribe through telephone conversations and meetings.

Judicial sources said that the head of the Tax Authority and three accountants suspected in the bribery case arrived on Friday at the headquarters of the State Security Prosecution in the Fifth Settlement to begin investigations. 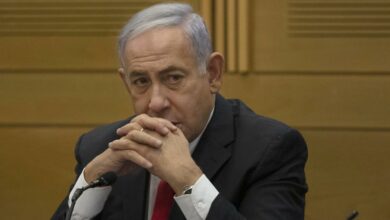