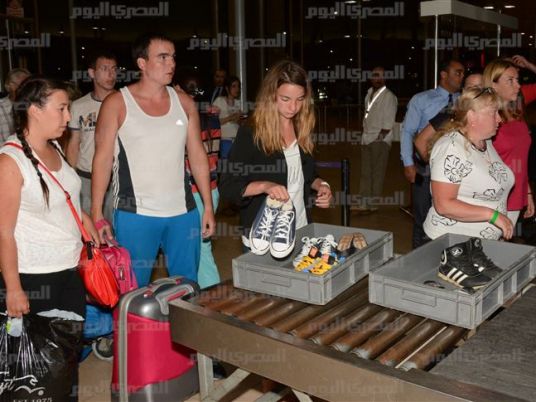 Egypt's tourist resorts have seen a new lease of life this Eid, with Red Sea holiday destinations receiving their highest number of guests since a series of blows to Egypt's security situation left the tourist industry in devastation.

Islam Nabil, head of the tourism promotion authority in South Sinai, said that the occupancy rate of hotels in Sharm El-Sheikh had rocketed from 13-16 percent in previous months to 49.5 percent during Eid al-Fitr, the national holiday following the Islamic month of Ramadan.

The resorts, woefullly described in recent months by workers in the industry as "ghost towns", have been filled by guests from Egypt and abroad. Holidaymakers celebrating the Muslim religious festival flocked to the Red Sea from Saudi Arabia, Jordan, Kuwait, Lebanon, Turkey, Georgia and Kazakhstan, as well as sun-seekers from countries such as Italy.

Nabil attributed the sudden recovery in part to high profile concerts taking place this Eid, with Egyptian and Arab stars drawing crowds of fans from across the Middle East to the resorts.

He called on Egyptian tourists to consider themselves ambassadors of their country, and to remember that the image of Egypt before the world hinges on their behavior.

Egypt's tourism industry has been rocked in recent years by ongoing political turmoil and a series of damaging incidents, some of them deadly. In October last year, a Russian passenger plane crashed over Sinai, killing all 224 people on board, most of them Russian tourists. That crash led to a halt on passenger flights to Sharm el-Sheikh from Russia, Turkey and the UK, devastating the tourism industry in the Red Sea resort town.

Since that time, Egypt has been struggling to replace the lost tourism revenue, with the number of foreign tourists in March just 47.2 percent of the figure for the previous year, according to the Central Agency for Public Mobilisation and Statistics (CAPMAS). The agency attributed its findings to a massive decline in the number of Russian tourists, with a registered fall of 99.2 percent since the crash.

One possible solution to the crisis, according to the Egyptian government, is to attract more tourists from the Arab world, and efforts have been made in recent months to make that happen. Tourism Minister Yehia Rashid said a promotional and marketing campaign has been launched in the Arab market during the month of Ramadan, reaching 20 million Arabs.