He added that there is full solidarity from the Arab League and its members with Egypt and Sudan over the GERD issue and to restore water rights to downstream countries.

Shoukry stressed that Egypt wants Ethiopia to engage in serious negotiations and reach an agreement with Egypt and Sudan, which is will prove vital to security and stability in Africa.

He stated that the Arab League supports the efforts made by Egypt and Sudan to reach a binding, fair and just solution that would allow Ethiopia to benefit from the Nile for development without harming the downstream countries.

Shoukry added that “Ethiopia should show the necessary flexibility to reach the agreement so that this does not lead to destabilizing security and stability in the East African region and the Horn of Africa.”

Shoukry’s statements came during a press conference in Cairo with his Libyan counterpart, Naglaa al-Mangoush.

Lebanese Minister of Information Manal Abdel Samad said Saturday, that the Nile River represents an ancient asset of the Egyptian state and it is necessary to preserve this wealth.

Abdel-Samad added during an interview with TEN satellite channel that it is necessary to find solutions regarding the GERD that preserve the historical rights of Egypt and Sudan to the Nile waters. She stressed that national and water security are interconnected, and it is necessary to have solidarity from the Arab countries to give everyone their right and support Egypt and Sudan through this issue.

Abdel-Samad said that the Doha meeting may represent pressure in the interest of Egypt and Sudan in this issue.

The Arab League Council held an extraordinary meeting on Tuesday in Doha over GERD, and the league called on the UN Security Council to meet on GERD.

The Arab foreign ministers affirmed that “the water security of Sudan and Egypt is an integral part of the Arab national security,” and expressed their rejection of “any action or measure that prejudices their rights in the Nile waters.”

The ministers called on Ethiopia to refrain from taking any unilateral measures that might harm the water interests of Egypt and Sudan, including refraining from filling the reservoir of the dam before reaching an agreement.

Egyptian Foreign Minister Sameh Shoukry sent a message last week to the President of the UN Security Council, where he explained developments in the situation and called on the council’s responsibility in accordance with the United Nations Charter to maintain international peace and security. 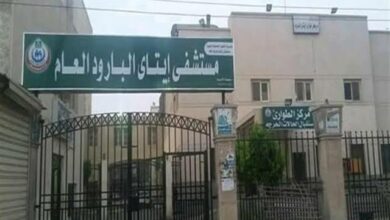