Just days after the ouster of former president Hosni Mubarak, Egypt’s revolutionary forces became locked in a polarizing battle to exert control over the new political sphere. The struggle started to take shape around the constitutional referendum in March and peaked on 27 May (dubbed the Second Friday of Rage) when Egypt’s “civil” forces – including leftists, liberals, and nationalists – succeeded in organizing their first mass rally without the participation of the Muslim Brotherhood. Their purpose was to assert their presence, confront the Islamists (particularly the Brotherhood who refused to join the rally), and make clear their rejection of any possible alliance between the Supreme Council of the Armed Forces and the Islamists.

In the wake of the revolution, the polarization between “civil” and “religious” forces has been quite stunning. It threatens to take over Egyptian politics during the transitional period and push all other social conflicts to the margins – no surprise, given that labor and peasant organizations who can restore social struggles to the center of political discourse remain weak.

How meaningful is this polarization for the future of Egyptian politics? Are the various slogans used in this battle – for a “civil state” and a “constitution first” – really at the core of the antagonism?

It seems these slogans reflect illusions more than realities. For starters, the fear held by some secularists that Islamists pose a threat to Egypt’s “civil” state (i.e. a state that’s for all its citizens, not any single religious group) invites some reflection. The establishment of a religious state in Egypt is highly unlikely. The revolution succeeded in destroying the state’s security apparatus but the foundations of Egypt’s civil state remain firmly intact. The only way to transform it into a theorcratic state that curtails personal freedoms would be through a campaign of organized political violence (i.e. Islamist militias), an unlikely scenario in today’s Egypt. The Egyptian state is strong and continues to hold a monopoly on violence. In the event that violent extremists organize themselves, they would have very little public support and their efforts would be limited to the margins of society. Any fears that such forces would threaten the “freedom-loving” Egyptian middle class are a gross exaggeration.

Furthermore, it’s unlikely that an "Islamist" constitution will be drafted that sets the stage for a religious state. Political elites, even the Islamists, agree for the most part on the broad contours of the new constitution. The difference between selecting a constituent assembly now to draft the new constitution versus authorizing the new parliament do so after elections is minimal. The latter option may result in more Islamist representation in the assembly (if the Muslim Brotherhood do well in the parliamentary elections), but it does not threaten to erode the foundations of the civil state. In reality, the use (and misuse) of religion in politics goes well beyond the constitution. Conservative forces, whether Islamists or members of the former ruling party, have a history of using religion in legal and political battles with their opponents (for example, the persecution of liberal theologian Nasr Hamed Abu Zaid in the 1990s for his unorthodox approach to Quranic exegesis). There are no signs these struggles will subside any time soon, but they do not threaten to hijack the constitutional process.

Fallacies aside, the contest between civil and religious forces remains important for other reasons. The real battle is a political one, in which each side is organizing itself and mobilizing its constituents to wield more political influence. The Islamist current, led by the Muslim Brotherhood, has continued to demonstrate its popularity and its capacity for electoral competition. On the other hand, civil forces – under the leadership of a variegated group of political elites – are demonstrating their power in big cities. They’re increasingly showing they have a power base among the Egyptian bourgeoisie, the upper-middle classes, artists and civil society activists, revolutionary youth coalitions, and large segments of the privately-owned media. Copts and other minorities are also potential sources of political support. Despite their organizational weaknesses and scanty electoral experience, civil forces have nonetheless established themselves as a power to be reckoned with in the transitional period, and one that can potentially challenge the Muslim Brotherhood’s electoral supremacy on the longer run.

Though the battle is in many ways fake, it remains necessary. Struggles between different political forces can be good for democratic transformation. They help foster a healthy political atmosphere that encourages vigorous debates and where all sides are held accountable for their claims – a system of political checks and balances.

At the same time, however, the almost complete absence of social struggles from political discourse in a society where the poor comprise up to 40 percent of the population threatens to impede democratization. The continued weakness of organized workers and peasants and the absence of representative political institutions that can negotiate state allocations for social welfare may threaten Egypt’s nascent democracy. Moreover, the Egyptian revolution has been almost entirely detached from the rural sector, leaving in place repressive social and political relations in the countryside.

Any organized assault on individual and collective rights and freedoms is likely to affect the underprivileged segments of Egyptian society more than the well-to-do. It’s imperative for revolutionary forces to overcome the upper and middle classes' fears of an Islamist take-over. Instead, revolutionary forces should side with the marginalized, who are the most likely to suffer from repression at the hands of security forces and extremist groups in the future.

Egypt’s urban and rural poor are at the core of the battle between revolutionaries and reactionaries. They will continue to be used as an excuse for oppressive forces to reassert themselves, with the blessing of a panicking middle class. The battle against conservatism and repression will undoubtedly extend beyond the transitional period; it’s a part of a longer social and political struggle that will continue for years. In the end, freedom will not be won simply through constitutions, but through mobilization and action on the ground, bolstered by a new revolutionary legitimacy.

Akram Ismail is a mechanical engineer and an independent writer. He is a member of the editorial board of el-Bosla magazine. 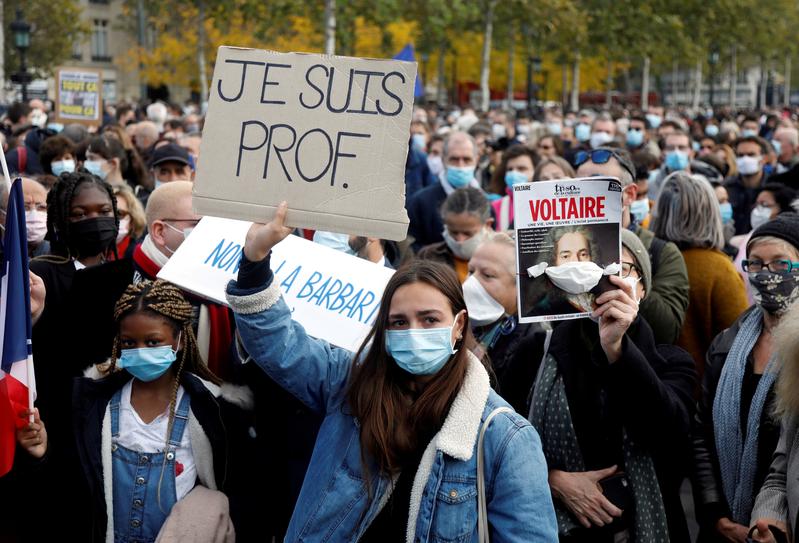