For the first time our generation experienced the bitterness of the 1967 Naksa (defeat in the Arab-Israeli War). I am now able to understand what it is like to have high hopes and then see them get dashed, and how harsh it is to feel that while your demands are right, the power to achieve them is in someone else’s hands.

Two weeks ago, I was confident that my favorite candidate, Abdel Moneim Abouel Fotouh, was going to win in the presidential election. I believed he had good chances of proceeding to the runoff to face off with a candidate either from the former Mubarak regime or the Muslim Brotherhood. I trusted he could inflict a crushing defeat on either candidate.

Then a serious defect in Abouel Fotouh’s front came to my attention. The fact that Abouel Fotouh had the support of a kaleidoscope of contradictory factions made him an easy prey for his competitors. At one occasion, he would be accused of not being “Islamist enough,” causing some of his supporters to reach out to the Brotherhood camp, and at another, he would be labeled “too Islamist” by left-leaning forces, causing another group of his supporters to break off and cluster around Hamdeen Sabbahi instead.

And at other occasions, Abouel Fotouh was described as a man who lacks experience in the management of state affairs, leading yet another camp of half-hearted supporters to side with Ahmed Shafiq.

Suddenly, Abouel Fotouh’s bloc of supporters was up for grabs.

Everyone who shared the same reading of those developments was aware that we were bound to hit disaster. We believed that the transfer of support from Abouel Fotouh’s to Sabbahi’s camp would spell defeat for both. Along with others, I called on people not to splinter their votes and to back the candidate I thought to have a better chance. At that time, we believed the candidate with better odds of winning was Abouel Fotouh, but we were wrong. I admit that I did not recognize that the eroding support for Abouel Fotouh’s camp required a shift of support to Sabbahi.

We were misled by opinion polls. Frankly though, none of us expected the five surprises that were brought by the first round of elections. Had it not been for the five surprises combined, the runoff would look considerably different.

I do not think anyone in Egypt projected the result of the vote to turn out the way it did. Let us take a quick glance at those five surprises.

It was invariably projected that voter turnout in the presidential election would exceed that reached in the parliamentary polls. The more conservative observers predicted around 70 percent participation, while several polls expected turnout to ratchet up to more than 90 percent.

The participation of 70 percent of eligible voters would have added some 10 million more votes to the ballot boxes. Those uncast votes were most likely for moderate conservative Egyptians who do not belong to the polarized camps of Morsy and Shafiq, and who would have, hence, opted for Sabbahi, Abouel Fotouh or Amr Moussa.

Did anyone really predict that the turnout rate would be less than 50 percent?

2. The breakdown of the Moussa camp

Some predicted Moussa’s defeat in the first round — though not in such an ignominious way. Moussa made the same mistake as Abouel Fotouh: he too introduced himself as a candidate for “everyone.” Voters, meanwhile, searched for candidates who would represent them in clearer terms. The image of a president-for-all tactic led to Moussa and Abouel Fotouh’s loss in the first round. This same strategy would have worked better if employed in the runoff. This is the first lesson for everyone wishing to run in the 2016 presidential election.

Morsy and Shafiq, meanwhile, spoke in clear terms to their tight blocs of supporters — with Shafiq lamenting the success of the revolution and Morsy touting the implementation of Islamic Sharia. That way, each secured the 25 percent needed to guarantee qualification for the runoff.

Only after the first round, and in the lead-up to the runoff, should candidates change their discourse into an all-inclusive address. Only in the runoff should candidates speak about being everyone’s president, as well as about national reconciliation, to disperse fears.

Moussa’s strategy weakened his chances and wasted millions of votes that went instead into Shafiq’s box. If Moussa had gathered one million more votes, both Moussa and Shafiq would have now been out of the race, with Morsy and Sabbahi qualifying for the runoff.

Could anyone have really imagined that Moussa would get only 12 percent of the vote in the first round?

I believe Abouel Fotouh lost more votes than he gathered as a result of Salafi support. It would be unfair to state that Salafis sold Abouel Fotouh out after taking a look at the result of the vote, particularly in Beheira, Damietta and Qena, although the Salafis indeed did not support him as strongly as they did their nominees in the parliamentary elections.

Salafi leaders may have found it difficult to push their constituency to vote for Abouel Fotouh when Morsy’s campaign sent a clearer message that he would work to implement Islamic Sharia. Salafis did not wish to enter into a fierce battle that clearly was not theirs.

Did anyone predict that Abouel Fotouh would get a mere 22 percent of the vote in Alexandria, the Salafi stronghold?

Some were wondering why MP Essam Sultan insisted on the Political Isolation Law, after former Vice President Omar Suleiman had been ousted from the presidential race. Several people were under the impression that there was no need for the law since the people would vote Shafiq out of the race in any case.

Indeed, it was projected that remnants of the dissolved National Democratic Party, groups such as “We are sorry, Mr. President,” and some of the older generations would back Shafiq, perhaps giving him the lead in a governorate such as Monufiya. But nobody could fathom, by any stretch of the imagination, that they could propel him well into the runoff.

The vast majority of people believed that the competition in the runoff would be between Morsy on one hand and Moussa or Abouel Fotouh on the other. When did Shafiq’s campaign manage to drum up such tremendous support for his candidacy?

Could anyone have imagined that Shafiq would rank first in the Brotherhood Delta strongholds of Qalyubiya, Gharbiya, Sharqiya and Daqahlia governorates?

5. Sabbahi winning 20 percent of the vote

Having exceeded all expectations, Sabbahi was indeed the dark horse of the first round. Sabbahi’s candidacy was underestimated due to the weakness of his presidential campaign. But Sabbahi was able to inspire people, and managed to recruit hundreds of thousands of voters daily in a short span of time preceding the election.

Little did we see that Abouel Fotouh was dipping while Sabbahi was rising. Many, including myself, wrote in support of the idea of strategically voting for Abouel Fotouh. We were wrong.

But did anyone expect Sabbahi to rank first in Cairo and Alexandria?

The situation today would be different altogether if one of the above surprises was absent, and the runoff would have been between either Morsy and Abouel Fotouh; Shafiq and Sabbahi; or Morsy and Sabbahi.

But as it turns out, the hoped-for runoff with Sabbahi or Abouel Fotouh will not take place, and there is no place for a second runner-up.

I cannot blame either Sabbahi and Abouel Fotouh for not dropping out, and thus avoiding the splintering of the pro-revolution liberal vote. Even if this had happened, it was not guaranteed that Sabbahi’s supporters would gladly vote for Abouel Fotouh or vice-versa. In fact, each of them has a distinct vision and priorities. And there is really no such thing as an “Islamist-Nasserist” project.

The revolution’s candidates may have indeed lost, but the revolution lives on. Let us not cry over spilled milk. The revolution did not happen so that Abouel Fotouh, Sabbahi or Morsy would win Egypt’s presidency. The revolution took place so that this nation would be able to choose its ruler, so that power would not be hereditarily transferred to Gamal Mubarak.

The revolution took place so that Egypt would become a democratic state, no less civilized than other states. Who would have imagined that the vote differential between the first and fourth candidates in the first round would come to a slim 8 percent?

Over many months, 13 candidates have been trying to appeal to the Egyptian public. Every one of us now has a say; we will not be ruled by another pharaoh. Never again are we going to read articles titled “Why we love him” on the president’s birthday.

For now on, a mere 55 percent of the votes in the first round of an election will be a landslide win for a candidate.

There will be no schools carrying the names of presidents or their wives, nobody will be able to cover up corruption, and no president will even have a fleeting thought about passing on power to his son.

There will undoubtedly be mistakes, but the people are now able to hold officials accountable.

Whether the winner is Morsy or Shafiq, both are well-aware that they are not the preferred choice of a significant 75 percent of voting Egyptians. After four years, Egyptians will be able to pick another president, and at that point we will have also learned some lessons from the 2012 presidential election. 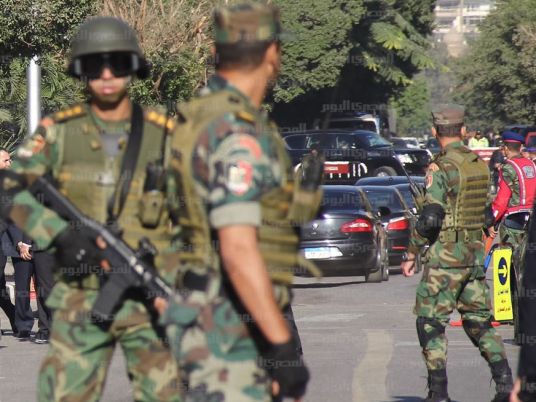