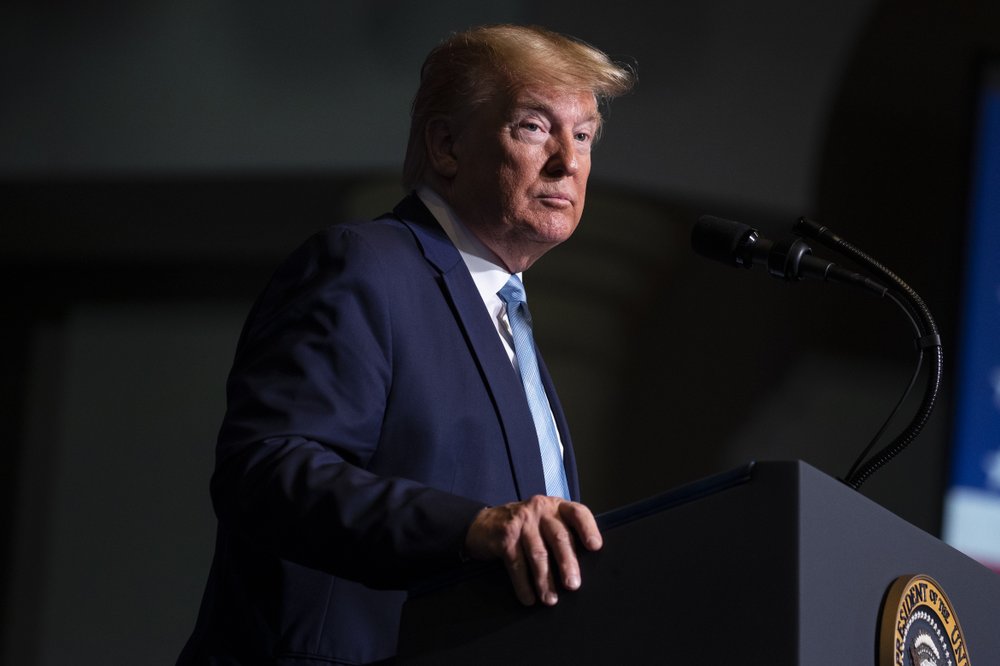 WASHINGTON (Reuters) — U.S. lawmakers have few options for tamping down any escalation by President Donald Trump of tensions with Iran, despite Democrats’ outrage over his failure to inform Congress in advance about a strike against a top Iranian military commander.

Members of Congress begin to return from their year-end holiday recess on Monday, and Democrats said they will attempt quickly to pass legislation to bar him — or any future U.S. commander-in-chief — from conducting a campaign against Iran without obtaining Congress’ approval.

Late on Sunday, House of Representatives Speaker Nancy Pelosi said the Democratic-led chamber would introduce and vote this week on a War Powers Resolution that would force Trump to stop military action against Iran within 30 days.

But with Trump’s fellow Republicans in control of the Senate and showing little inclination to break from their party’s leader, there is scant expectation any legislation could win enough support to become law.

Longtime foes Tehran and Washington have been in a war of words since Friday, when Qasem Soleimani was killed in a U.S. drone strike at Baghdad airport. The attack stoked concerns about all-out war if Tehran retaliates.

On Sunday, Trump doubled down on his threats to target Iran for any retaliatory attacks and Iran said it was stepping back from commitments to a 2015 nuclear deal with six major powers.

Trump broke precedent by failing to inform congressional leaders before the attack on Soleimani, and by making classified his formal notification to Congress of the attack on Saturday.

Under the U.S. War Powers Act, the president must inform Congress within 48 hours of introducing military forces into armed conflict abroad. Those notifications normally detail the justification for the intervention.

The act also bars a president from committing U.S. armed forces from any foreign action lasting more than 60 days without Congress’ approval.

By making the War Powers notification classified, Trump limited lawmakers’ ability to talk about it, and sidestepped the law’s goal of keeping Americans informed about military action, some legal experts said.

“It may be in formal compliance with the war powers resolution, but it is inconsistent with the general goal of providing transparency and information to the American people,” said Oona Hathaway, a professor at Yale University’s law school.

Trump took to Twitter on Sunday to say his posts would serve as notification to Congress that the country “will quickly & fully strike back” if Iran strikes any U.S. person or target, and that he had no legal requirement to inform Congress.

POWER OF THE PURSE

Legal experts disagreed, saying the war powers law required a formal report to Congress, and did not allow such a blanket clearance ahead of time, especially not via social media.

The War Powers Act was passed in 1973, largely in response to President Richard Nixon’s secret bombing of Cambodia.

“An entirely classified notification is simply not appropriate in a democratic society, and there appears to be no legitimate justification for classifying this notification,” they wrote in a letter to Trump.

Congress’ main power over the president is its control of federal spending, and the Democratic-controlled House could pass legislation that would bar Trump from spending any taxpayer dollars on a conflict with Iran.

However, Republicans removed a similar measure from the annual National Defense Authorization Act last year before it was passed with overwhelming support from both parties and signed into law by Trump last month.

Congress can also put pressure on a president by refusing to pass bills he supports, and the Senate could block his nominees. But Senate Republicans have shown little appetite for opposing Trump.

“The Republicans control the Senate, and they’re not asking questions,” said Daryl Kimball, executive director of the Arms Control Association.

The Democratic-led House impeachment of Trump has led his party to rally more closely around him, further complicating efforts to rein him in on Iran.

Administration officials are expected to brief Congress on Iran this week. Lawmakers said they want a detailed explanation of the administration’s justification for the strike against Soleimani, as well as future plans.

Representative Elissa Slotkin, a Democrat who served as a Department of Defense official and at the CIA, noted that past administrations had decided not to go after Soleimani after determining it could lead to a protracted conflict.

“The Iranian government has vowed to retaliate and avenge Soleimani’s death, and could do so in any number of ways,” she said on Twitter.