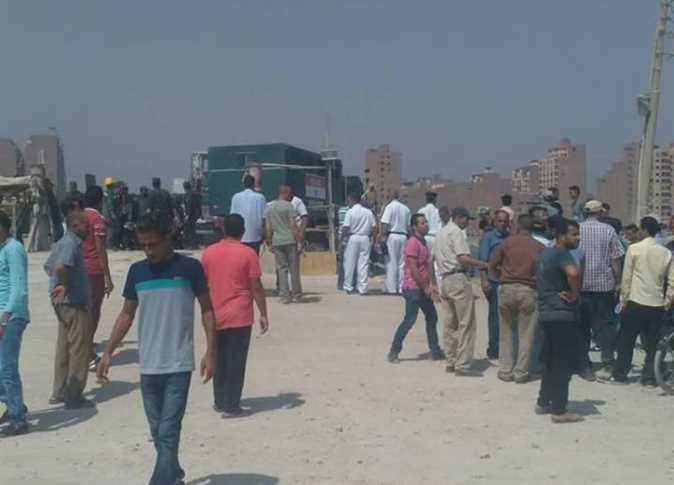 The Information and Decision Support Center of the Cabinet announced meetings in the coming days between government officials and the people of al-Warraq Island over the recent crisis.

The Information and Decision Support Center of the Cabinet denied that the state had displaced the people of Warraq in order to establish an investment project.

The state’s aim is only to remove and stop infringement of buildings on state land, and to restore Egypt’s civilized image while not harming citizens and providing a secure alternative for the residents, the center said in a statement.

The statement accused unidentified parties of attempting to mobilize and anger the people against the government.

The state is currently removing encroachments on agricultural land in Warraq, which does not allow building on more than two percent of the island, said the statement.

The island has been dredged and dried to set up residential projects in violation of the law until the number of its population reached 90,000 residents, it read.

Building on the island transformed it into a random residential area in addition to the breach of food security through the erosion of agricultural land and encroachment on the Nile River, which was polluted by garbage and or direct sewage.

The statement stressed that the government is regaining its right because the island was illegally seized by the residents.

The Egyptian Cabinet issued a decree establishing a nature reserve on the island in 1998.

The residents have been obstinate to leave the island since then. Many attempts by the government to transfer them have been made since then, the last of which was in 2010.

A number of drawings, prepared by an Egyptian contracting company and another Emirati-Singaporean one, of development designs for Warraq went viral shortly after clashes between residents and authorities took place last week.

Police had ordered a number of homes built on state-owned land in Warraq be demolished and chaos ensued, resulting in the death of one man and injuries of dozens, including officials.

Al-Masry Al-Youm verified the circulated photos, confirming they belong to Emirati-Singaporean company RSP and local firm Cube Architects. The two companies had published the photos of sketches for Warraq island development projects on their official websites.

The Egyptian government contracted with RSP on March 31, 2013 to develop the island as a model for future development in Egypt, according to RSP’s website.

According to Cube Architects’ website, the company contracted with the Egyptian government in 2010 to develop Warraq as part of the Egypt 2050 project, which had been announced during the Mubarak-era in 2007.

According to the local contracting firm, its plan includes changing the island’s name to ‘Horus Island’ and reassurance that current residents would not be displaced as a result of their development scheme.

Spokesperson for the Ministry of Housing Hany Younis denied that there were any contracts between the two companies and the ministry, stressing the absence of any negotiations or consultations with them.